MainStage Season in the Jervey Theatre

Sept. 24 – Oct. 10, 2021
Almost, Maine
By John Cariani
Spend a magical evening in the remote, mythical town of Almost, Maine where the residents find themselves falling in and out of love in unexpected and often comical ways.

Feb. 25 – March 27, 2022
Disney’s Beauty and the Beast
Music by Alan Menken; Lyrics by Howard Ashman & Tim Rice; Book by Linda Woolverton
Travel to a French provincial town where you’ll meet smart and beautiful Belle, arrogant Gaston, a castle full of talking inanimate objects, and a Prince under a beastly spell. Based on the Oscar winning animated film, the enchanting stage version includes your favorite songs from the movie and more by Alan Menken and Tim Rice. The original Broadway show ran for 13 years and was nominated for nine Tony© Awards.

April 15 – May 1, 2022
To Kill a Mockingbird
Adapted by Christopher Sergel from the novel by Harper Lee
The facade of a seemingly peaceful Alabama town begins to crack when a young black man is accused of a terrible crime. Lawyer Atticus Finch defends him in a trial that rocks the community. As told through the eyes of Atticus’ young daughter, this hard-hitting work explores prejudice, compassion, and courage.

Stage 2 Series in the Pinkerton Theatre

Aug. 27 – Sept. 5, 2021
An Act of God *
By David Javerbaum
God is coming to Venice! Based on a satirical book and twitter account by former “Daily Show” writer David Javerbaum, An Act of God is an irreverently witty conversation with God in which the almighty reveals secrets of the Bible, updates the ten commandments, and answers some of humankind’s greatest existential questions.

Sept. 24 – 10, 2021
The Mystery of Irma Vep – A Penny Dreadful
By Charles Ludlam
“A true vaudeville tour de farce… It’s wonderful.” –TIME. This definitive spoof of Gothic melodramas is a quick-change marathon in which two actors play all the roles. A sympathetic werewolf, a vampire, and an Egyptian princess take you from the moors of England to Egypt and back again in this campy masterpiece.

Nov. 19 – Dec. 19, 2021
Assisted Living the Musical®: THE HOME for the Holidays
Music, Lyrics & Book by Rick Compton and Betsy Bennett
Welcome to Pelican Roost! The comedy team of Compton and Bennett are off their walkers again in this hysterical sequel to the runaway hit about the nursing home and beyond. Christmas, Kwanzaa, Hanukkah, and retirement will never be the same!

Jan. 21 – Feb. 20, 2022
Lady Day at Emerson’s Bar and Grill
By Lanie Robertson
The time is 1959. The place is a seedy bar in South Philadelphia. Get ready to witness one of Billie Holiday’s final performances in this intimate musical biography.

March 4 – April 3, 2022
The Last Five Years
Book, Music and Lyrics by Jason Robert Brown
Drama Desk winner, The Last Five Years, has been produced around the world from its premiere in Chicago to recent productions in Israel, Brazil, and Turkey. It was named one of TIME Magazine’s ten best shows of 2001. With just two cast members this beloved modern musical ingeniously chronicles the five-year life of a New York marriage.

April 15 – May 1, 2022
Blackbird *
By David Harrower
Una and Ray had a relationship 15 years ago and haven’t set eyes on each other since. Fast forward to today where she confronts him at his workplace to demand answers about their past. Guilt, rage, and raw emotions run high in what The Telegraph calls, “an extraordinary, no-holds-barred drama.”

May 13 – 29, 2022
Hamlet
By William Shakespeare
“Something is rotten in the state of Denmark.” Prince Hamlet discovers that his uncle Claudius murdered his father and took the throne; Hamlet’s mother has married the usurper. This action-packed interpretation of Shakespeare’s tragedy directed by Murray Chase will have you on the edge of your seat.

“Generations” Series: Theatre for and by all ages

July 8-11, 14-17, 2021
Young Frankenstein
Book by Mel Brooks, Thomas Meehan; Music and Lyrics by Mel Brooks
It’s alive! The electrifying adaptation of Mel Brooks’ monstrously funny film will leave you in stitches. From the creators of the record-breaking Broadway sensation, The Producers, comes this monster musical comedy. Travel with Dr. Frankenstein (that’s Fronkensteen) to a castle in Transylvania as he seeks to fulfill his grandfather’s legacy by bringing a corpse back to life. With help and hindrance from servant Igor, buxom assistant Inga, and needy fiancée Elizabeth, his experiment yields success and unexpected consequences.

July 30 – Aug. 1, 2021
Getting to Know … Once Upon a Mattress
By Mary Rodgers, Jay Thompson, Dean Fuller, Marshall Barber
In this musical version of “The Princess and the Pea,” Princess Winnifred is an awkward, brash girl from the swamps competing for the hand of Prince Dauntless, whose domineering queen mother has declared he must marry a “true” princess before anyone else in the medieval kingdom can marry.

Oct. 22 – Nov. 7, 2021
She Kills Monsters: Young Adventurers Edition *
By Qui Nguyen
A comedic romp into the fantasy world of Dungeons and Dragons! In this high-octane dramatic comedy laden with vicious fairies, nasty ogres and ‘90s pop culture, acclaimed playwright Qui Nguyen offers a heart-pounding homage to the geek and warrior within us all.

Dec. 10 – 20, 2021
A Christmas Carol
Original Book & Lyrics by Scott Keys; Original Music by E. Suzan Ott; Additional Music by Scott Keys, Jason Brenner, and Eli Schildkraut; Adapted from the original story by Charles Dickens
Travel to Victorian London for our original musical adaptation of Dickens’ classic story where you’ll meet Ebenezer Scrooge as he reflects on his past, present, and possible future.

May 20 – 29, 2022
Bugsy Malone
Book by Alan Parker; Music by Paul Williams
This pint-sized, pinstriped classic is a tongue-in-cheek look inside the gangster films of the 1920s. Based on the hit 1976 film starring a preteen Scott Baio and Jodi Foster, and featuring a catchy, swinging score by the composer of The Muppet Movie, Bugsy Malone is good, clean, comedic fun!

*Recommended for middle school and older 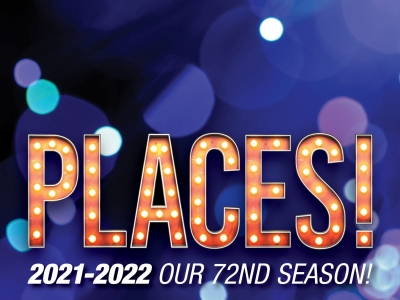 Subscribe for our 72nd Season and save! Subscribers save up to 30%, and because they book early, never have to worry about missing a show because it sells out. To subscribe, contact the box office at 941.488.1115 or Info@VeniceTheatre.net.