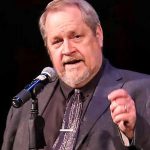 For more than 70 years, Venice Theatre has gathered folks together in small spaces and large, in airplane hangars and basketball courts. Together our community has shared uproarious comedies, foot-stomping musicals, and wrenching dramas…often close reflections of our own true lives.

In an age where isolation—both forced and sometimes wished-for—has threatened the collective experience, this theatre lives on, bringing people together to share our changing times…and to have fun!

Venice Theatre’s 73 rd season brings us a real reflection of our lives and dreams: nostalgia and laughter, deep thoughts and great music, the familiar and the new.

This adventure comes as we emerge from a once-in-a-century pandemic. Many of us have hesitated until now to venture out and about, for fear of the unseen virus. COVID is still the number one topic of conversation in most circles, even as we strive to leave it behind us.

Well, we can make you this promise: not one of our shows in 2022-23 is about COVID! We may explore the schisms in our society. We may revel in familiar show tunes and stories. We may laugh at alternate realities and silly premises. And we may extend our heartstrings for “a poor, lonely, old man” such as Ebenezer Scrooge. But the subject will not be…..you guessed it (we’re not talking about it)!

Sound good to you? Subscribe today, and let’s gather together…for lots of reasons…finally.

A series of Broadway-caliber musicals, comedies and dramas in our 432-seat MainStage Jervey Theatre

Sept. 16 – Oct. 2, 2022
The Revolutionists*
by Lauren Gunderson
Four bodacious women lose their heads (literally) in this irreverent, women-centered tragicomedy set during the French Revolution. This witty, thought-provoking, raucously funny adventure was inventively conceived by one of today’s most-produced American playwrights.

Jan. 13 – Feb. 5, 2023
Up On the Roof
Conceived by Scott Keys and Michelle Kasanofsky
A tapestry of songs that will make the earth move under your feet! If you’re down and troubled, inject your soul with some sweet rock ‘n’ roll and brighten up even your darkest night. Join us “Up On the Roof” where a group of singers retreat to be alone with their thoughts, only to discover solace, celebration and friendship with each other.

Feb. 24 – March 26, 2023
Gypsy: A Musical Fable
Music by Jule Styne; Lyrics by Stephen Sondheim; Book by Arthur Laurents; Based on Gypsy: A Memoir by Gypsy Rose Lee
Speculated by many (including New York Times critic Ben Brantley) to be the greatest of all American musicals, Gypsy tells the story of one woman’s efforts to get her daughters into show business. Featuring musical theatre standards like “Some People,” “Let Me Entertain You,” and the show-stopping “Everything’s Coming Up Roses,” Gypsy helped launch Stephen Sondheim’s career and earned Mama Rose a place in the theatrical canon as the quintessential Stage Mother.

April 28 – May 14, 2023
Death of a Salesman
by Arthur Miller
This Pulitzer and Tony Award Winner tells the iconic American story of Willy Loman, who made his living riding on a “smile and a shoeshine.” About to lose his job and haunted by missed opportunities and a troubled past, he continues to chase his elusive American Dream while his wife struggles to help him.

Sept. 9 – 25, 2022
God’s Country*
By Steven Dietz
A riveting, highly theatrical docudrama about those dedicated to revolution against the U.S. government and the expulsion from “God’s Country” of non-Aryans. Three narrative spines are skillfully interwoven in this thought-provoking, unsettling, and challenging fare that examines America’s dark soul, and asks, “What can/should we do about it?”

Jan. 20 – Feb. 12, 2023
The Cemetery Club
by Ivan Menchell
A funny, sweet-tempered, moving romantic comedy about three Jewish widows who meet once a month for tea before going to visit their husbands’ graves. The Broadway production was so popular that it was made into a film starring Ellen Burstyn, Dianne Ladd, and Olympia Dukakis.

March 3 – 19, 2023
Roe*
by Lisa Loomer
A theatrically innovative play about the history of and human backstories behind the 1973 Roe vs. Wade Supreme Court decision. Far from being an “issue” play, Roe presents the spectrum of the abortion debate without taking a side, and thoughtfully examines the moment in recent history when our nation changed.

May 5 – 21, 2023
Lizzie Stranton*
by Lydia R. Diamond
On the eve of the Apocalypse, Lizzie, First Lady of “a land brave and free,” hatches a plan with her global female contemporaries to end the war by withholding sex until the world is united in peace – No Peace – No Piece!

July 19 – 24, 2022 (Jervey Theatre)
The Fantasticks
Book and Lyrics by Tom Jones; Music by Harvey Schmidt
Presented by SummerStock. Directed and choreographed by Brad Wages
“Try To Remember” a time when this romantic charmer wasn’t enchanting audiences around the world. The Fantasticks is the longest-running musical in the world and with good reason: at the heart of its breathtaking poetry and subtle theatrical sophistication is a purity and simplicity that transcends cultural barriers. The result is a timeless fable of love that manages to be nostalgic and universal at the same time.

Aug. 4 – 7, 2022 (Jervey Theatre)
Godspell Jr.
Book by John Michael Tebelak; Music and Lyrics by Stephen Schwartz; Based on “The Gospel According to St. Matthew”
Prepare ye for the timeless tale of friendship, loyalty and love based on Stephen Schwartz’s first major musical theatre offering that inspired a generation.

Oct. 7 – 16, 2022 (Pinkerton Theatre)
Arabian Nights
Adapted by Dominic Cooke
Through a mixture of song, dance, puppetry, and illusion, these magical folk stories of the Islamic Golden Age deliver a message of acceptance, forgiveness and redemption.

Nov. 18 – Dec. 20, 2022 (Pinkerton Theatre)
Xanadu
Book by Douglas Carter Beane; Music and Lyrics by Jeff Lynne and John Farrar
Based on the Universal Pictures cult classic movie of the same title, which starred Olivia Newton-John and Gene Kelly, Xanadu is hilarity on wheels for adults, children and anyone who has ever wanted to feel inspired.

March 30 – April 2, 2023 (Jervey Theatre)
The Silver Foxes
This professionally-directed volunteer troupe has been bringing entertainment to the area for over 25 years. Each March they bring a full-scale production to our Jervey Theatre, led by their beloved director, Brad Wages.

March 31 – April 23, 2023 (Pinkerton Theatre)
Little Women, The Broadway Musical
Book by Allan Knee; Music by Jason Howland; Music by Mindi Dickstein; Based on the novel by Louisa May Alcott
This timeless, captivating story is brought to life in a glorious musical filled with personal discovery, heartache, hope and everlasting love. The original production starred the unparalleled Sutton Foster, who received Tony, Outer Critics Circle and Drama Desk nominations for her performance.

Pick the one that works best for your schedule, your budget, your lifestyle. 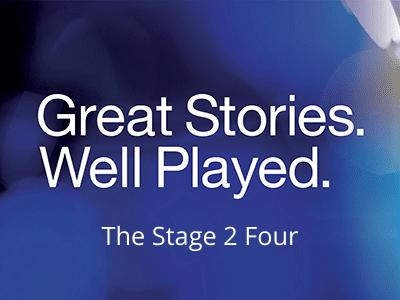 FIXED SHOWS. PICK YOUR DATES. GENERAL SEATING. One ticket to each of the four shows in our thought-provoking Stage 2 Series, now in its 30th Season: God's Country, The Cemetery Club, Roe, and Lizzie Stranton.

Venice Theatre is proud to present in partnership with Venice Pride, Inc., for the first time, 4PRIDE@VT. This subscription package consists of four special shows that will bring a message of inclusion and community for all. The 4PRIDE@VT shows are Wednesday evenings at 7:30 p.m featuring a pre-party with light snacks before each performance. 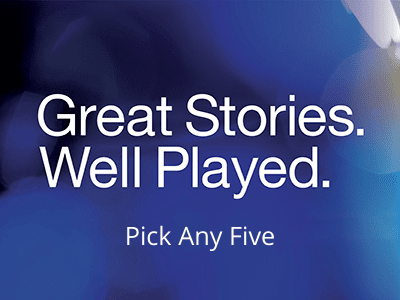 DESIGN YOUR OWN SUBSCRIPTION. Pick five of the 16 shows we're offering this season. Musicals, comedies, dramas, classic fare. Contemporary pieces that push the envelope and purely entertaining ones that leave you humming a tune. If you love variety, this is the subscription for you .

(Venice Theatre reserves the right to substitute alternate shows and to change dates, times and prices based on availability and other factors.)