A special partnership between Venice Theatre and Venice Pride, Inc.

Four bodacious women lose their heads (literally) in this irreverent, women-centered tragicomedy set during the French Revolution. This witty, thought-provoking, raucously funny adventure was inventively conceived by one of today’s most-produced American playwrights.

Based on the Miramax motion picture, this sweet, sexy, fiery musical will blow your mind and “raise you up!” Kinky Boots won six Tony Awards in 2013 including Best Score for Cyndi Lauper. The hilarious, uplifting book by four-time Tony winner, Harvey Fierstein, celebrates diversity, acceptance, perseverance, friendship, fashion, and success.

Up On the Roof, Jan. 25, 2023
The Songs of Carole King and James Taylor
Conceived by Scott Keys and Michelle Kasanofsky

A tapestry of songs that will make the earth move under your feet! If you’re down and troubled, inject your soul with some sweet rock ‘n’ roll and brighten up even your darkest night. Join us “Up On the Roof” where a group of singers retreat to be alone with their thoughts, only to discover solace, celebration and friendship with each other.

Gypsy: A Musical Fable, March 8, 2023
Music by Jule Styne; Lyrics by Stephen Sondheim; Book by Arthur Laurents
Based on Gypsy: A Memoir by Gypsy Rose Lee

Speculated by many (including New York Times critic Ben Brantley) to be the greatest of all American musicals, Gypsy tells the story of one woman’s efforts to get her daughters into show business. Featuring musical theatre standards like “Some People,” “Let Me Entertain You,” and the show-stopping “Everything’s Coming Up Roses,” Gypsy helped launch Stephen Sondheim’s career and earned Mama Rose a place in the theatrical canon as the quintessential Stage Mother. 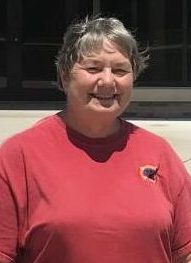 “Don’t miss this moment. We recognize the diversity of our community which is represented in the vast array of theatrical presentations being offered in this amazing program. The opportunity for Venice Pride, Inc. to join in this partnership is historic.”