The Bikinis are bringing back the sun, fun and all the hits they sang down the Jersey Shore in ‘64. Catch up with four inseparable friends 20 years later as they relive their heyday and beyond with a nonstop celebration of songs like “Yellow Polka Dot Bikini,” “Heat Wave,” “It’s Raining Men,” “I Will Survive,” and more! 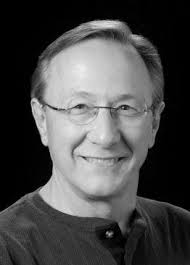 Ron Ziegler is a freelance director and teacher and is also employed as Festivals Coordinator for the American Association of Community Theatre. Ron served on staff at the Des Moines (IA) Playhouse as Associate Director where he was the first Artistic/Managing Director for the Kate Goldman Children’s Theatre.  While in Des Moines, he founded and managed the Iowa Fringe Festival. He is a past President of the American Association of Community Theatre, was named an AACT Fellow, and has adjudicated state and regional theatre festivals across the US and abroad. Directing credits for Venice Theatre include Bedroom Farce, Escanaba in da Moonlight, Who’s Afraid of Virginia Woolfe?, The Music Man, A Funny Thing Happened on the Way to the Forum, The Sunshine Boys, You Can’t Take It With You, Lend Me a Tenor and Cat on a Hot Tin Roof. He recently directed A Gentleman’s Guide to Love and Murder for Market House Theatre in Paducah, KY.

Ron and his spouse Kathy Pingel were awarded the 2015-16 Cloris Leachman Award for Outstanding Direction for their co-direction of Des Moines Young Artists Theatre’s production of The Hobbit, and co-directed Peter and the Starcatcher and Girls’ Weekend for Ansbach Terrace Playhouse in Germany.