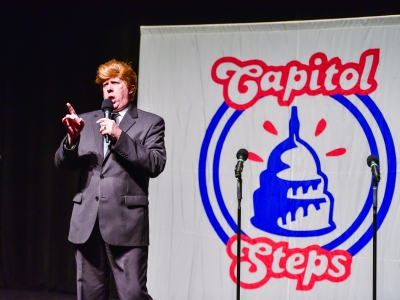 Often seen and heard on PBS and NPR, the Capitol Steps began as a group of Senate staffers who set out to satirize the very people and places that employed them. Since then, this no-holds-barred political comedy act has become one of the country's (and Venice Theatre’s) favorites. No elected official is safe when the Capitol Steps are in the house!