Come one, come all to auditions for the latest iteration of Venice Theatre’s teen improv troupe!

We are seeking six to 12 performers in grades 9 through 12 to participate in the program. Auditions will consist of fun, simple improv games so dress comfortably to move around! Please show up early with enough time to fill out an audition form. This is a tuition-free program as part of Venice Theatre’s Education and Outreach Department.

Our ticketed performance will be Sunday, Oct. 31 (Halloween) at 7:30 p.m. in The Pinkerton Theatre, with a required tech rehearsal the morning/afternoon of Saturday, Oct. 30.

Rehearsals will be weekly beginning in late August on Fridays from 4:30-6 p.m. at Venice Theatre.

Unvaccinated students are encouraged to wear a mask at auditions and rehearsals. 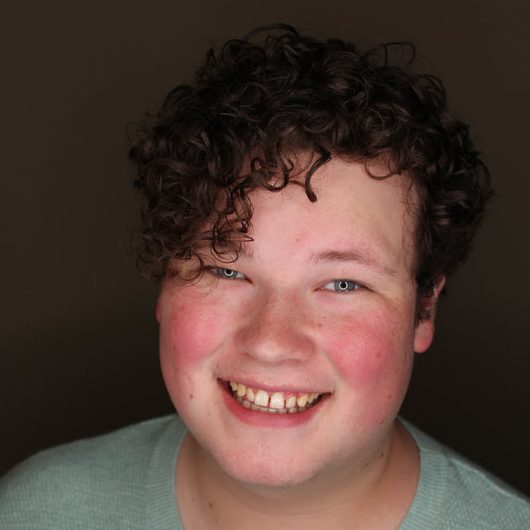 Luke Manual McFatrich has directed, written, and performed in many productions across the Southeast. By day, he is the Digital Development Associate at Venice Theatre, where he also is an instructor and directs the teen improv troupe. In addition to his dramatic endeavors, Luke is an MBA candidate at the University of Central Arkansas, a podcast co-host, a singer/musician, a curly hair grower, and the founder and Producing Artistic Director of Dingbat Theatre Project in Sarasota.

His directing credits include Shrek the Musical, The Brothers Grimm Spectaculathon with Keirston Murphy, The Elves and the Shoemaker, The Gift of the Magi, A Seussified Christmas Carol, and the upcoming The Great American Trailer Park Musical at VT and The SpongeBob Musical with Dingbat. Onstage, Luke has appeared in Hedwig and the Angry Inch, Shrek the Musical, Brian & Luke’s Live Holiday Jamboree, Head Over Heels, Peter and the Starcatcher, The Drowsy Chaperone, Urinetown, and a one-man production of The Call of the Wild, which he adapted from the Jack London novel.