Is there really a place called “Urinetown”? Many people may want to shy away from attending this performance because they find the title off-putting and don’t even want to learn what is behind the name.

But rather than shying away from the apt-titled musical satire about the haves and have-nots, people can fill up the Venice Theatre main stage auditorium and be swept away by the great music and choreography. Music Director Peter Madpak brings out the best of sounds – blissful or discordant as needed; and Director/Choreographer Brad Wages has the footwork and ensembles moving at breakneck or slo-mo speed when called for.

Jeannette Rybicki’s costumes help tell the story of a repressed public in drab attire set against the backdrop of a dilapidated public bathroom scene, compared to the striking high rise office building of the Urine Good Company (UGC) where the company president, his family and staff are dressed to the nines.

Story: When the audience is initially seated, the theater goes dark; all wait in silence for the action to begin. Soon sirens blare and a door slams. Then, a young man dressed in black police attire strolls down the aisle (hint: it’s Officer Lockstock). With a strong, deep voice, he welcomes the audience as he makes his way to the stage.

Once onstage, he meets up with a young lady – Little Sally. Lockstock tells the audience that the people lining up on stage behind him are waiting in line to use the public bathroom to do their private business, using the literary device of narration that continues through the performance. The narration helps drive the storyline by explaining what is happening on stage so the audience gets the point.

Little Sally asks him if he is going to tell the people about the water shortage, and he says, “not yet.” He also lets the audience know that they will find out much later if there really is a Urinetown and where it might be.

The public restrooms are owned by Caldwell Cladwell’s private company, the name of it has campy undertones – Urine Good Company (sure you are). Cladwell has made a bundle of cash from what he charges the populace to use the public johns, which they must use. Oh, and as explained by Little Sally, the people are not even allowed to go to the bathroom anywhere else — not in the bushes, nowhere else, or else they will be arrested and whisked off to Urinetown, never to be seen again.

Overseer of the public bathroom on stage is Penelope Pennywise, who sings out boldly, “If you gotta go, you gotta go through me,” followed by sinister laughter as she rides around seated on a motorized toilet that bears the sign “Fee Paid Here.”She then tries to convince the townsfolk, in song, that it is a “Privilege to Pee.”

Hope Cladwell meets Bobby Strong, son of Joseph “Old Man” Strong, who works at the public bathroom helping Pennywise. As Hope and Bobby learn they have a heart for the people and their freedom, they fall in love. But she fails to tell him she is the daughter of UGC’s owner Caldwell Cladwell, and Bobby fails to tell her he wants to start a rebellion against UGC.

The plot thickens as Bobby’s father is sent to Urinetown, and Bobby leads the public in the rebellion. 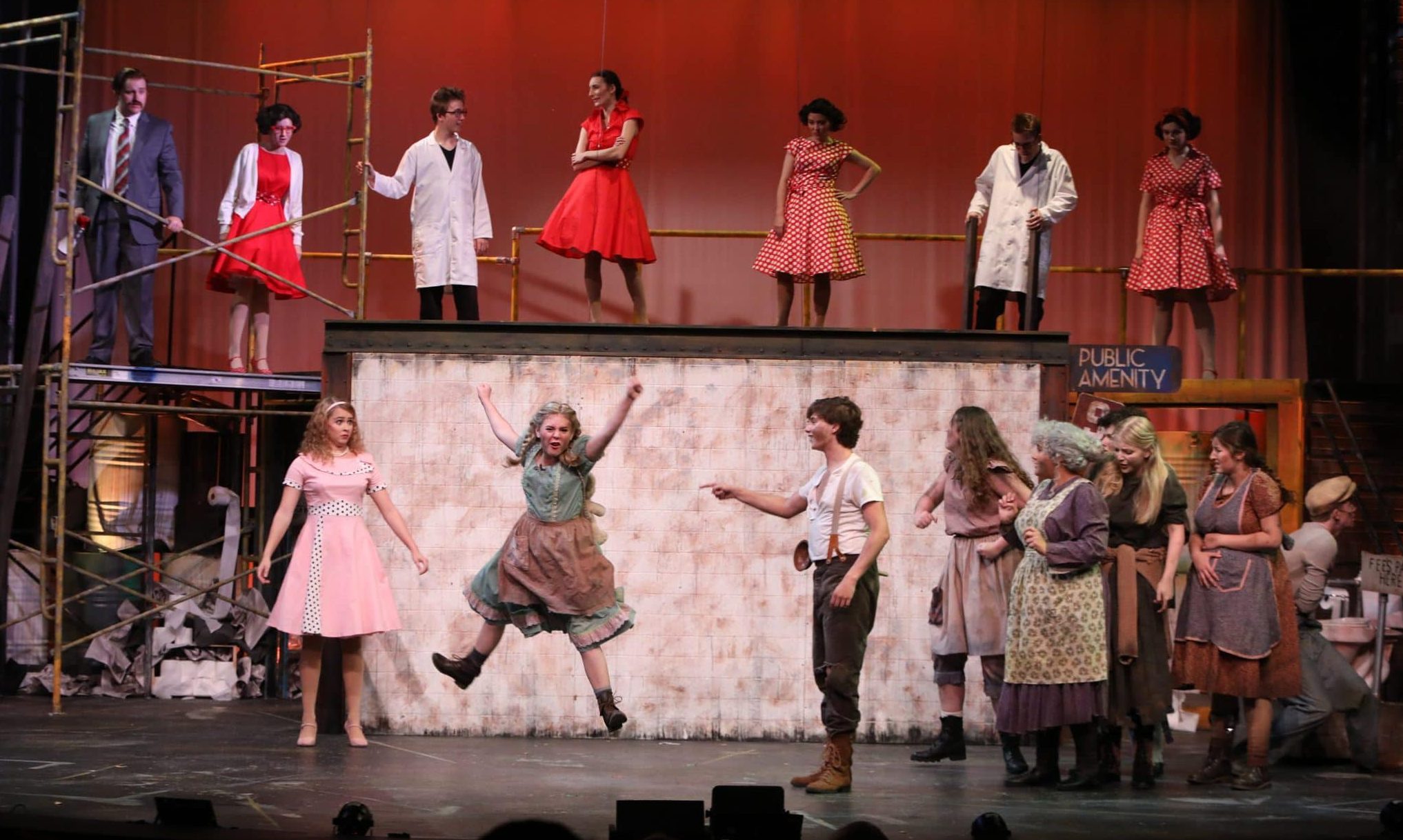 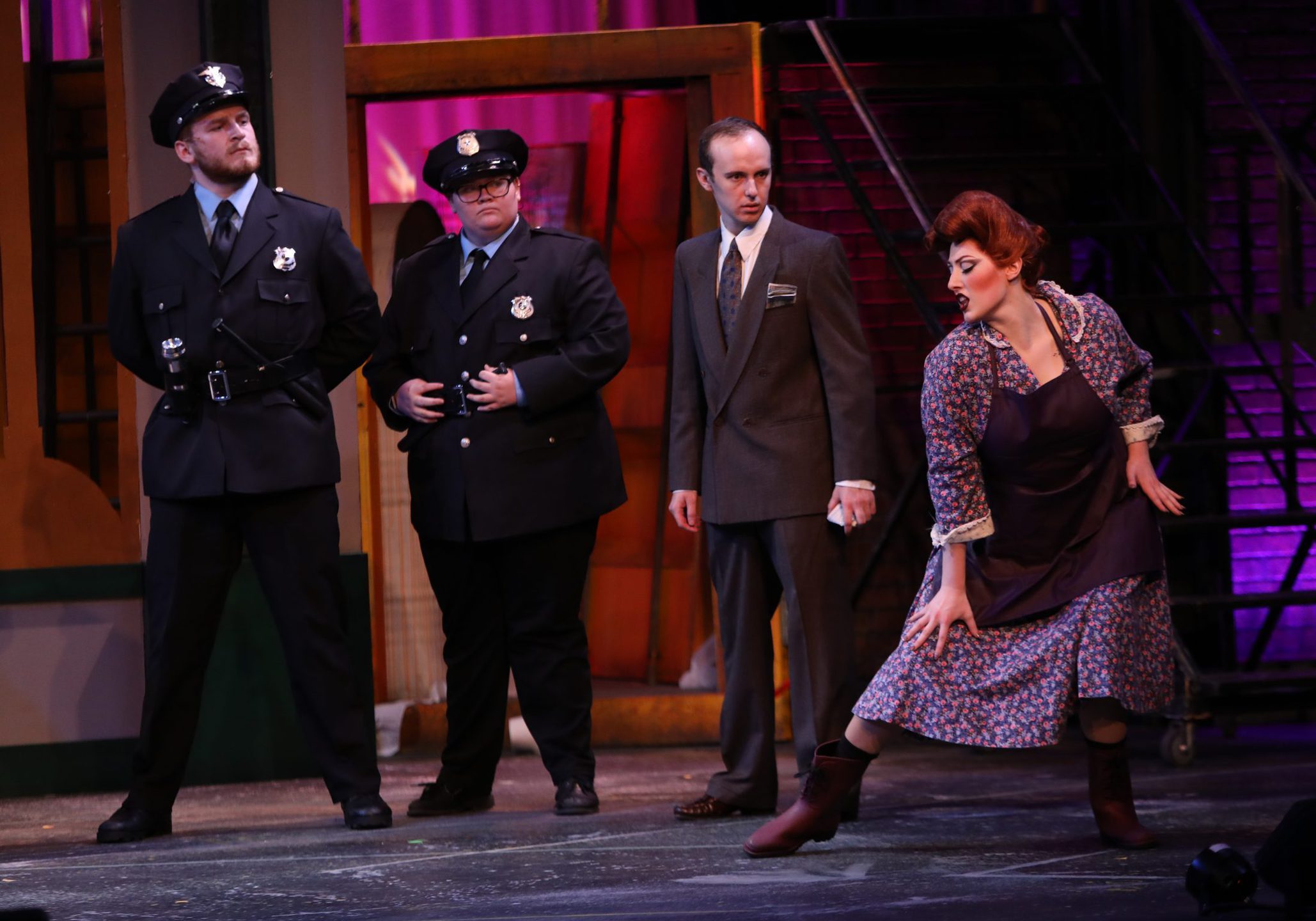 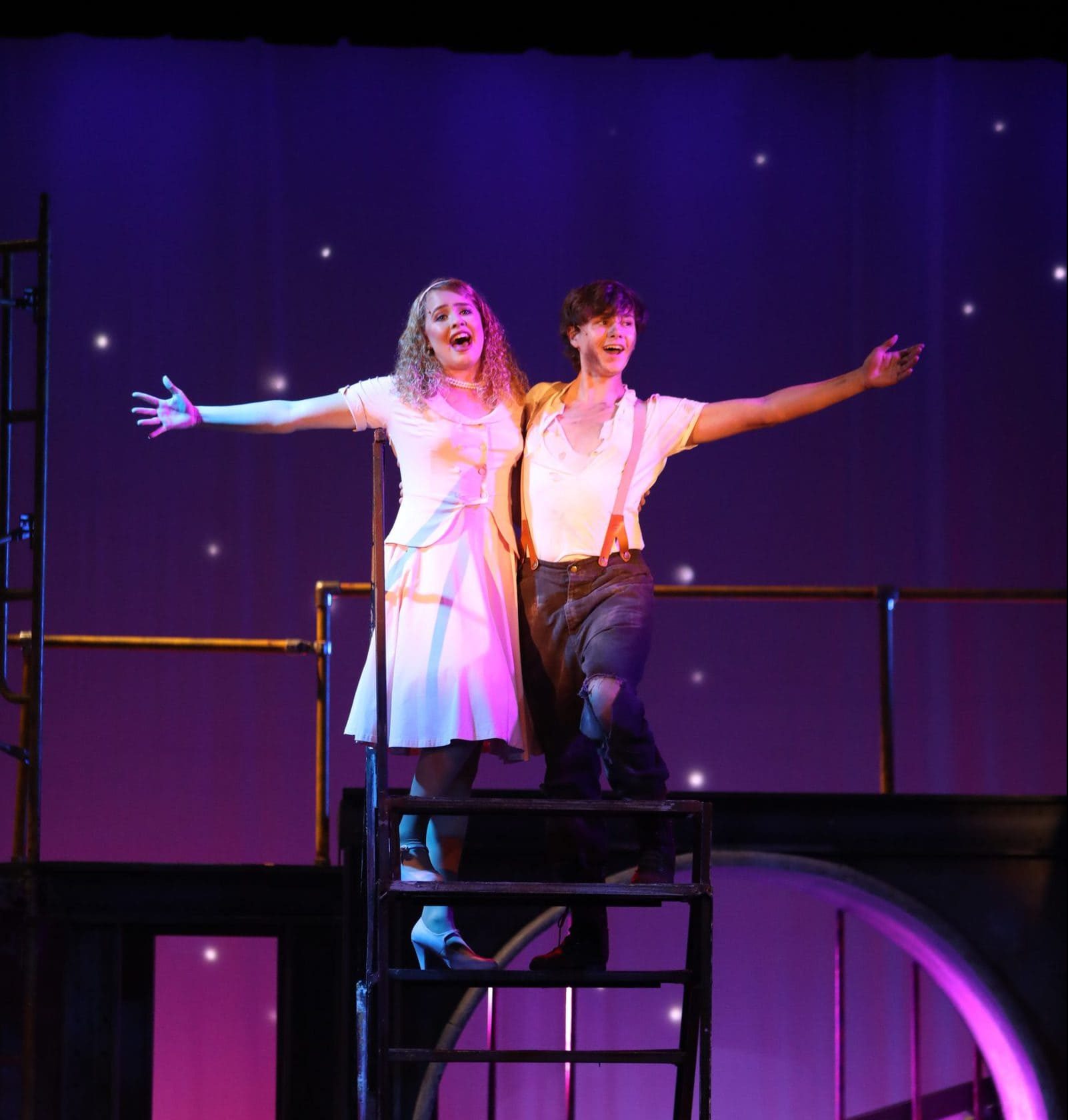