It’s a jungle in the Pinkerton

A black box theater space like the Pinkerton at Venice Theatre is a magical place.

Currently, there is a jungle in there — an incredible setting for Rudyard Kipling’s wonderful tale, “The Jungle Book,” adapted by Stuart Paterson and directed by Kristofer Geddie, Venice Theatre’s director of diversity and general manager.

Geddie came to Venice in 2010 to play the role of Coalhouse Walker Jr. in “Ragtime” and, fortunately for the theater, he never left.

That jungle is the creation of yet another theater import, Tim Wisgerhof, the theater’s resident set designer. He, too, is a singer and actor and equally at home as a performer as he is a magical transformer of space, be it main stage or black box.

For “The Jungle Book,” he and his team covered virtually every surface of the black box from entry and interior walls to the floor, and, thanks to a clever bird handler, even some of the air space. Wisgerhof also designed the costumes for this production.

On another occasion, that black box space served as the Santaland area of Macy’s. Sometimes it is even a traditional theater with rows of raised seating — but not too often.

Seated in this jungle, if you are expecting the Disney version, forget it. This adaptation is more akin to the original Kipling story. The basic story is about a young boy named Mowgli who is raised by wolves. That he does not resemble his wolf “parents” adds to his woes.

Portraying Mowgli is Jackson Mitchell, a Pine View sixth-grader who took over the role just three weeks before opening night because the first Mowgli was unable to continue in the role. He has been in several previous shows at Venice Theatre and it showed in his handling of this role, which is quite demanding, mentally and physically.

Mowgli has a lesson for everyone, especially those who have a hard time dealing with someone who might be different. Every person, as well as every creature on this Earth, might be different somewhere, depending on so many different circumstances. If you meet such a person, welcome him or her. You both will be the better for it. If you want a pet, head to the local animal shelter.

Most of all, if you have children, spend time with them — quality time that lets them know you care and love them.

Riverview High sophomore Keeley Gingras acquitted herself quite well as Bagheera in her first performance at Venice. That she has plenty of stage history showed.

Abigail Clark had several roles including that of puppeteer, which helped complete the setting whenever the creature flew through the “jungle.”

Lighting played another important role and was skillfully handled by the theater’s resident lighting guru John Michael Andzulis, Luke Manual McFatrich was the assistant director and Sophia Coscia is the production stage manager. Coscia is an 11th grader in Booker High School’s technical theater program and also is an intern at Westcoast Black Theatre Troupe. Prior stage management credits include the previous American Association of Community Theatre’s WorldFest in 2016. WorldFest will return to Venice Theatre for the fourth time in June 2020.

This production of “Jungle Book” is special, not only for its talented cast, terrific set and costumes as well as lighting and other technical effects but for the valuable lesson about getting along despite the many different creatures that inhabit this world.

Best of all, it is a total immersion experience that begins the minute one enters the theater. Sadly, at Friday night’s performance, there was one glaring glitch which detracted from the first act. A group of adults came in with more beer than they needed and proceeded to act inappropriately and, sadly, even a bit loud on occasion. Fortunately, they were asked to leave at intermission which allowed the rest of us to enjoy this terrific production. They seemed to be celebrating someone’s birthday but the Pinkerton is not the place, especially during a performance.

If they were there because they had family members in the show, they should be doubly ashamed.

“Jungle Book” runs through Sunday, Sept. 15, evenings at 7:30 p.m. and 2 p.m., on Sunday. If you can get tickets, do so. This is an excellent show on every level from the scenery and costumes and cast to direction, lighting and sound. For those who have never been to a production in the Pinkerton, “Jungle Book” is the perfect example of what you have been missing. 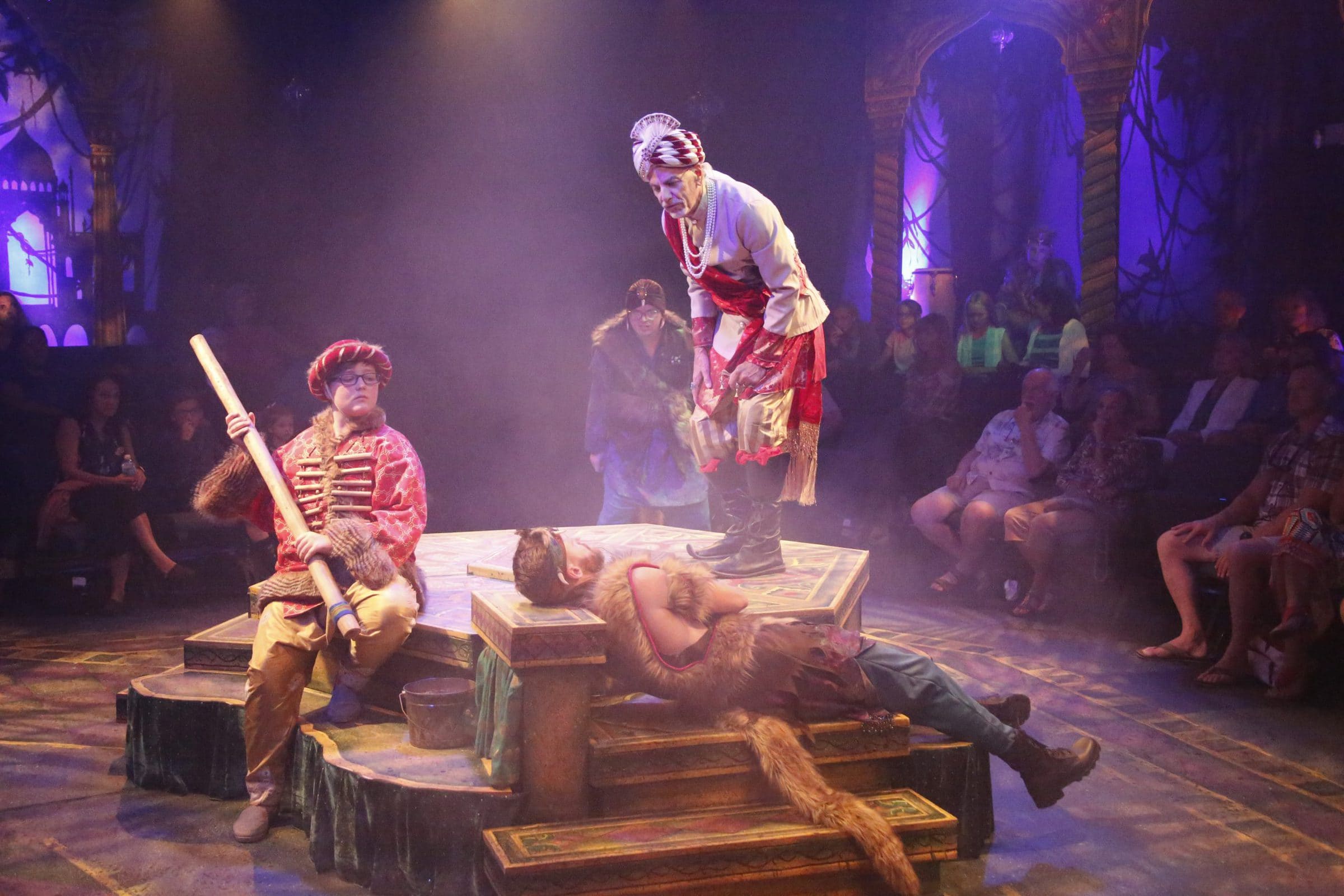 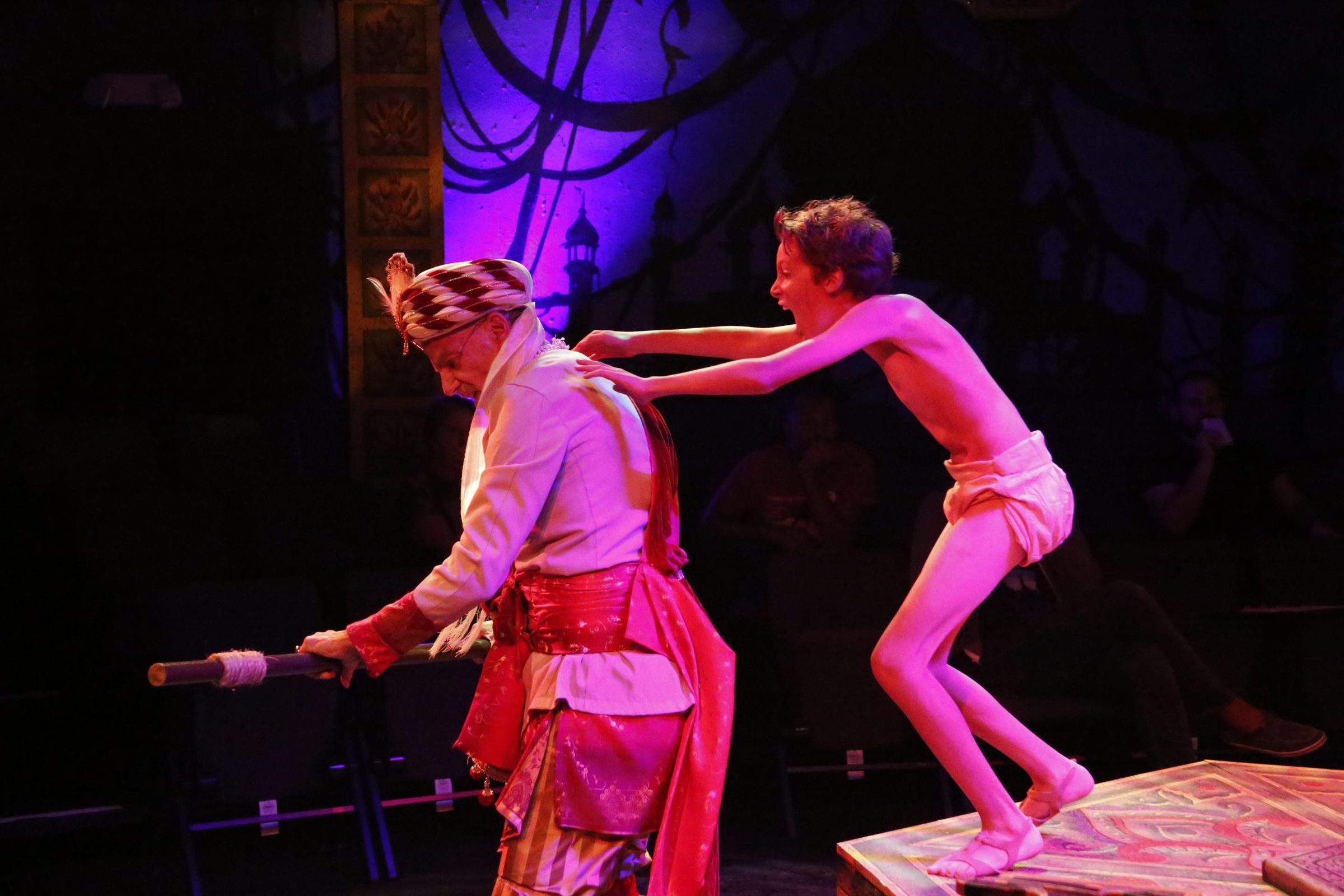 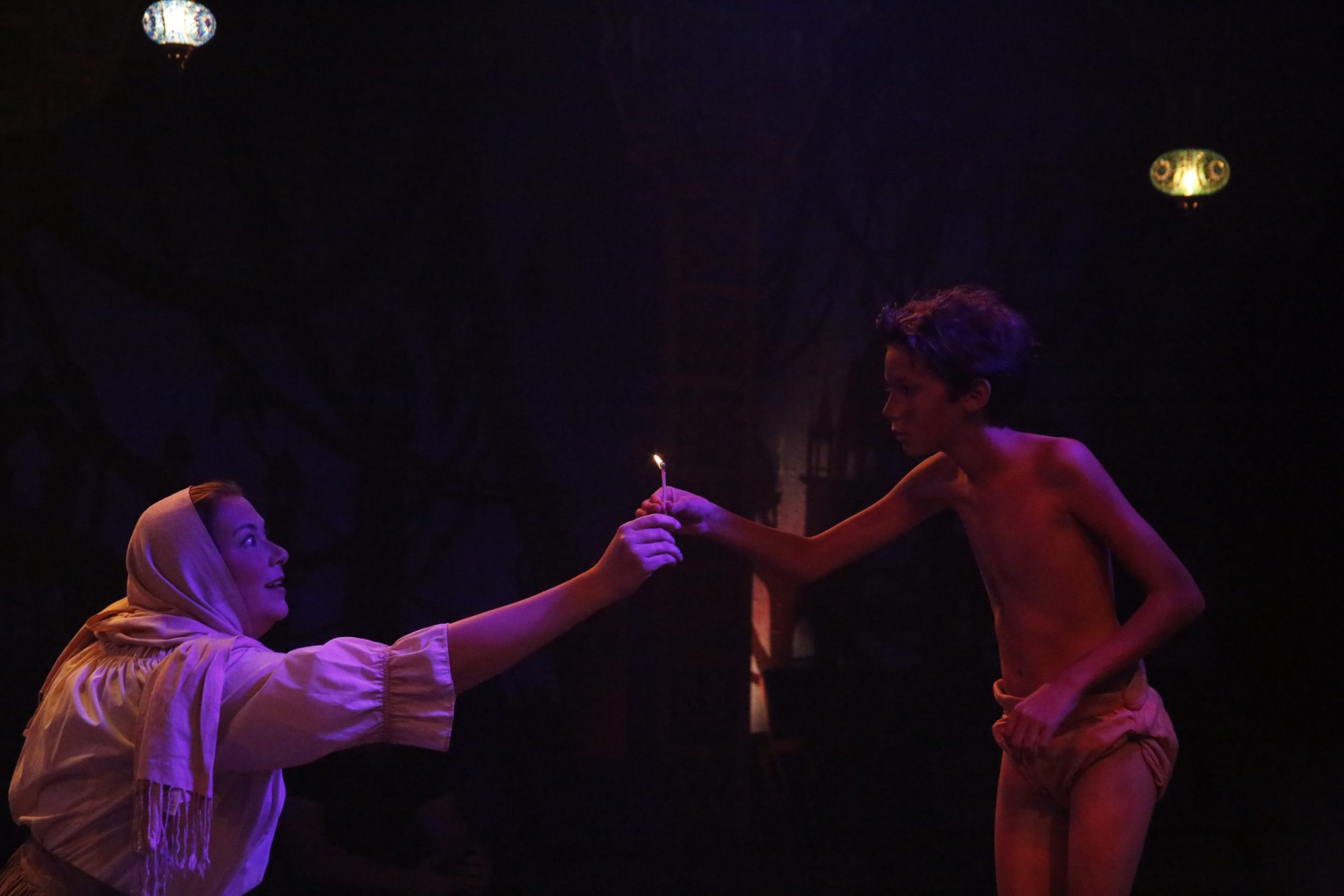 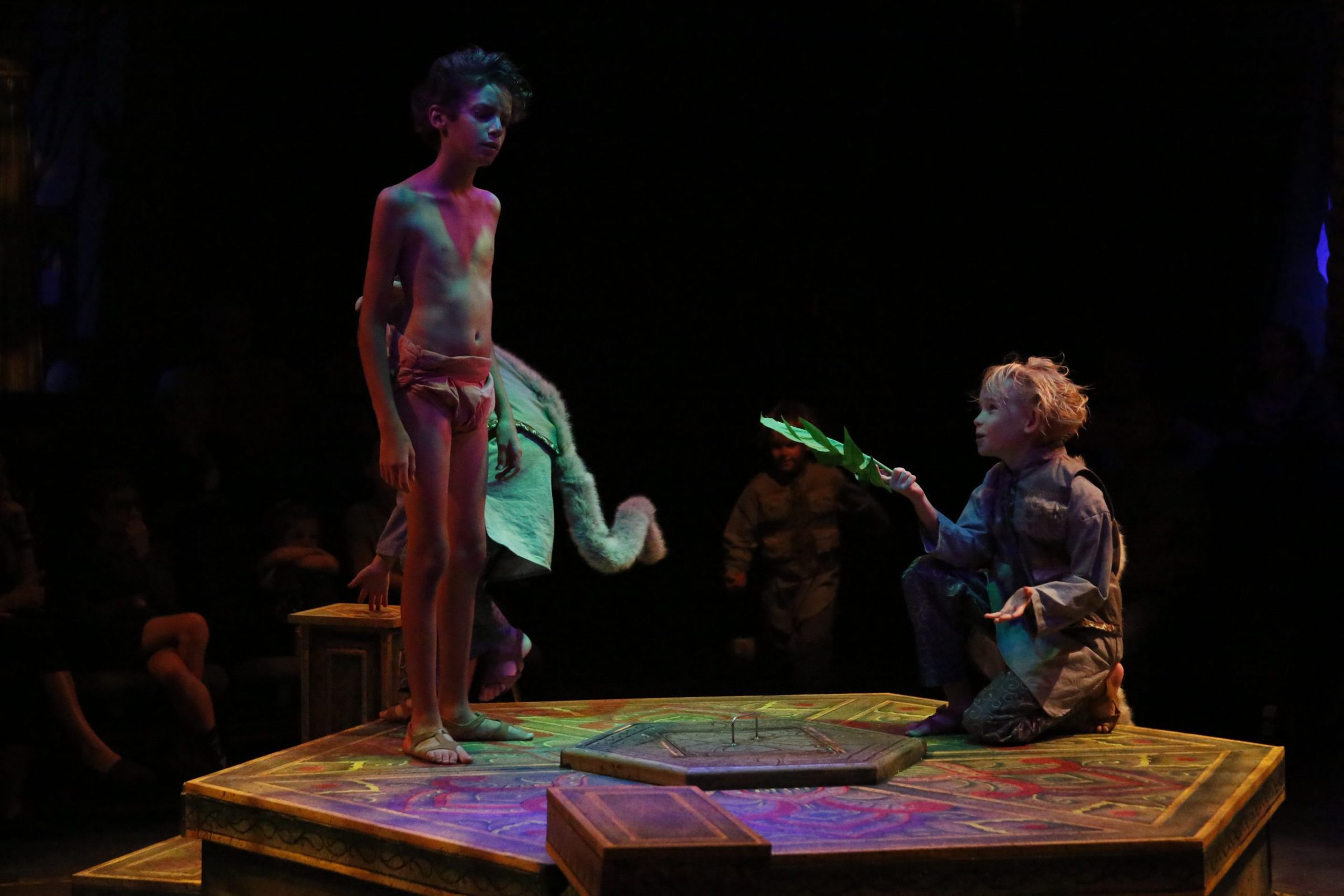 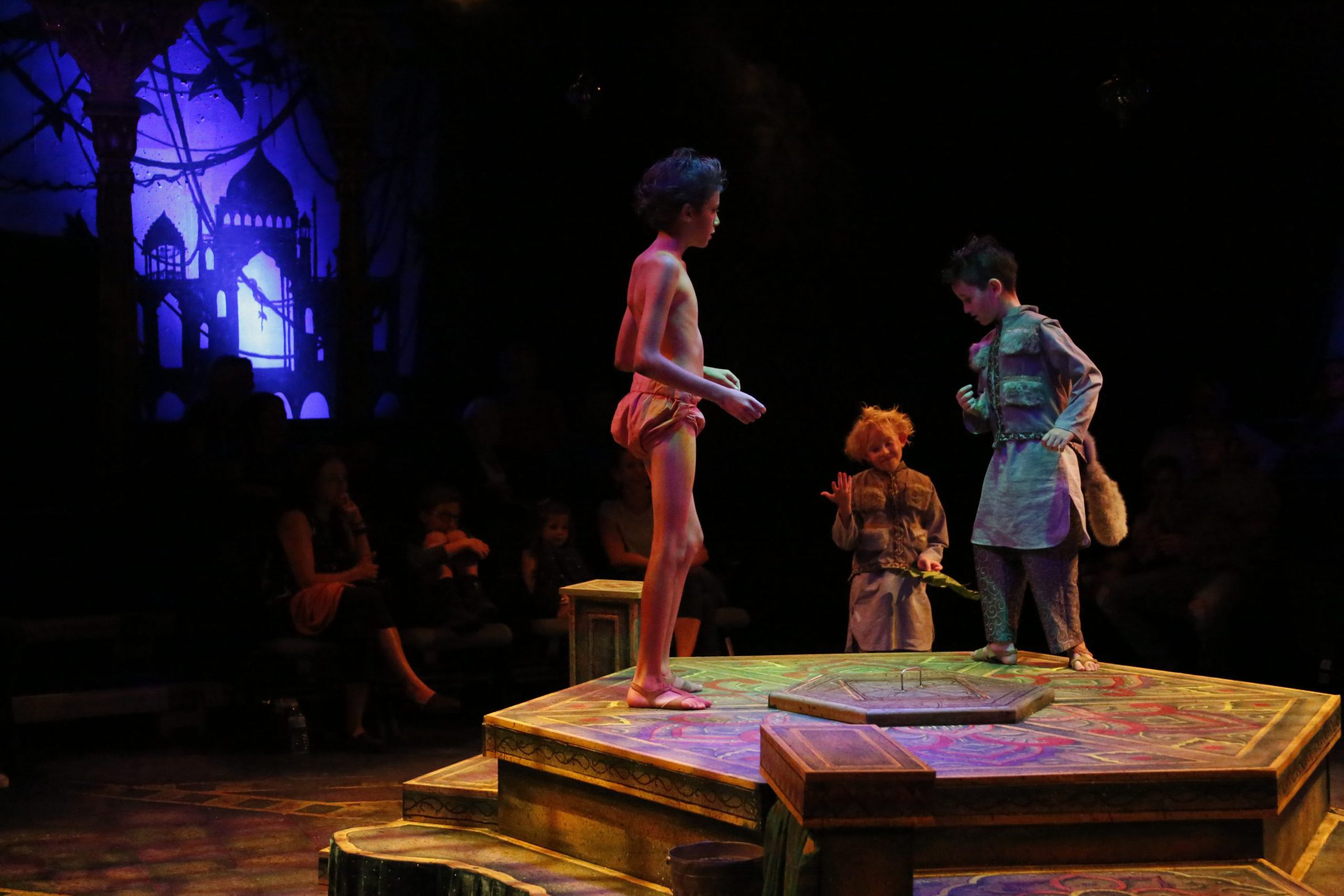 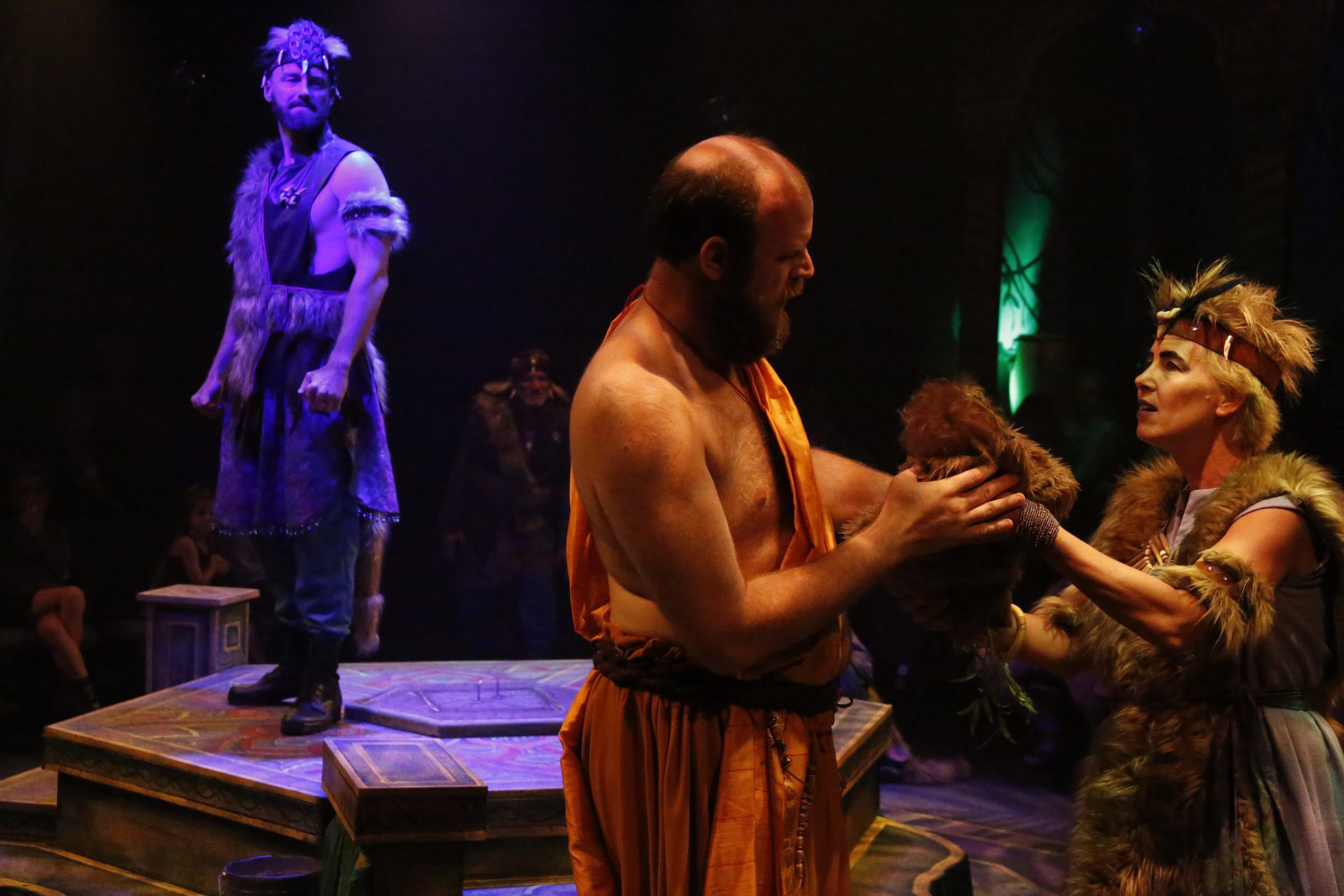