‘Guys and Dolls’ has heart and humor at Venice Theatre

A new production of one of Broadway’s most popular musicals

Frank Loesser’s “Guys and Dolls,” based on the short stories of Damon Runyon, was one of my favorite musicals when I was a kid, but I have to admit I hadn’t seen it in more than 20 years until the superb production that opened Friday at Venice Theatre.

“Guys and Dolls” is widely considered to be a “perfect” musical comedy for its story, humor, colorful characters and Frank Loesser songs. It works as well today as it did when it opened to rave reviews in 1950.

It reflects another time, the world of “Runyonland,” the title of musical montage that opens the show and sets the tone for an evening that is beautifully staged and choreographed by Dewayne Barrett.

Set in Depression-era Times Square, “Guys and Dolls” is about a group of big city gamblers and the women who love them. It tells the overlapping stories of high-roller Sky Masterson, who, on a bet, unexpectedly falls in love with the seemingly cold mission worker Sarah Brown, and the lovable gambling rapscallion Nathan Detroit, who has been engaged for 14 years to Miss Adelaide, a headliner with a heart of gold at the Hot Box Club.

As Nathan, a delightful Joseph Giglia provides the brassy Broadway tough guy with more “grits than gravy.” He anchors the show with ease and his scenes with the marvelous Jolie Rand Cannon as Adelaide are well executed with the necessary nuance that touches your heart.

Randy Ronco, with a gorgeous Irish tenor, turns in a strong performance as Sky, balanced by Erica Jade Drew’s Sarah Brown, the conservative, no nonsense mission worker. Drew has a lovely voice but not quite the lyric soprano range necessary for the role. However, she displays nice comedic depth working with Ronco.

It’s the salty supporting characters who provide the color for the show. From the charm of Tim Garner as Nicely Nicely Johnson to the fun turn by Mark Menezes as Harry the Horse. They are lovingly drawn characters, mostly criminals, not one-dimensional cartoons nor gritty, Martin Scorcese-style mafiosos. They’re more innocent, open-hearted and human.

It would be easy for them to become caricatures, but their portrayals led me to tear up in some tender moments. After all these years, was I actually crying at “Guys and Dolls?” Yes, and that’s a huge compliment to the cast and director.

The ensemble of fine singers and dancers make for an enchanting evening. Musical director Rebecca Heintz does an excellent job of focusing on the details of the characters as well as the orchestra she leads.

There are essentially three choruses in this show — the Hot Box girls, the gamblers and the Mission workers — and when they come together in songs like “Sit Down, You’re Rocking the Boat” the result is pure, unadulterated joy.

I am new to the Sarasota area and this is only my third time seeing a show at Venice Theatre, but I have already come to expect that the sets (Tim Wisgerhof), lights (John Michael Andzulis) and costumes (Amanda McGee) will be professional and ravishing, a proverbial visual feast. This show was no exception.

The pacing of the show is quicksilver and tight. I’m a huge fan of a fast-paced show, but it’s sometimes too swift in such songs as “Adelaide’s Lament” and “Marry the Man Today.” A slower tempo would allow the audience to fully grasp the lyrics and let them set in. But this is an otherwise beautifully executed version of a favorite classic. 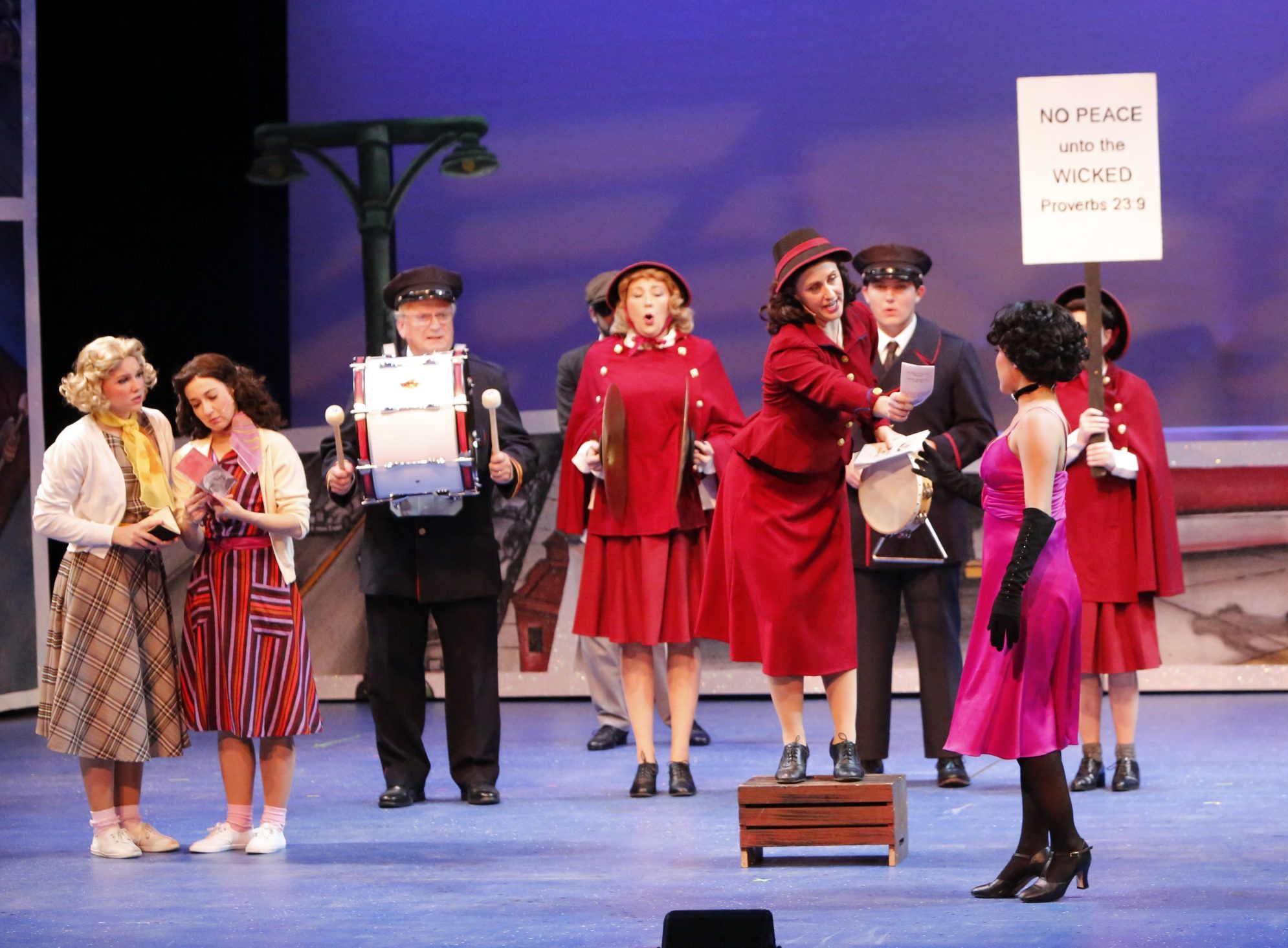 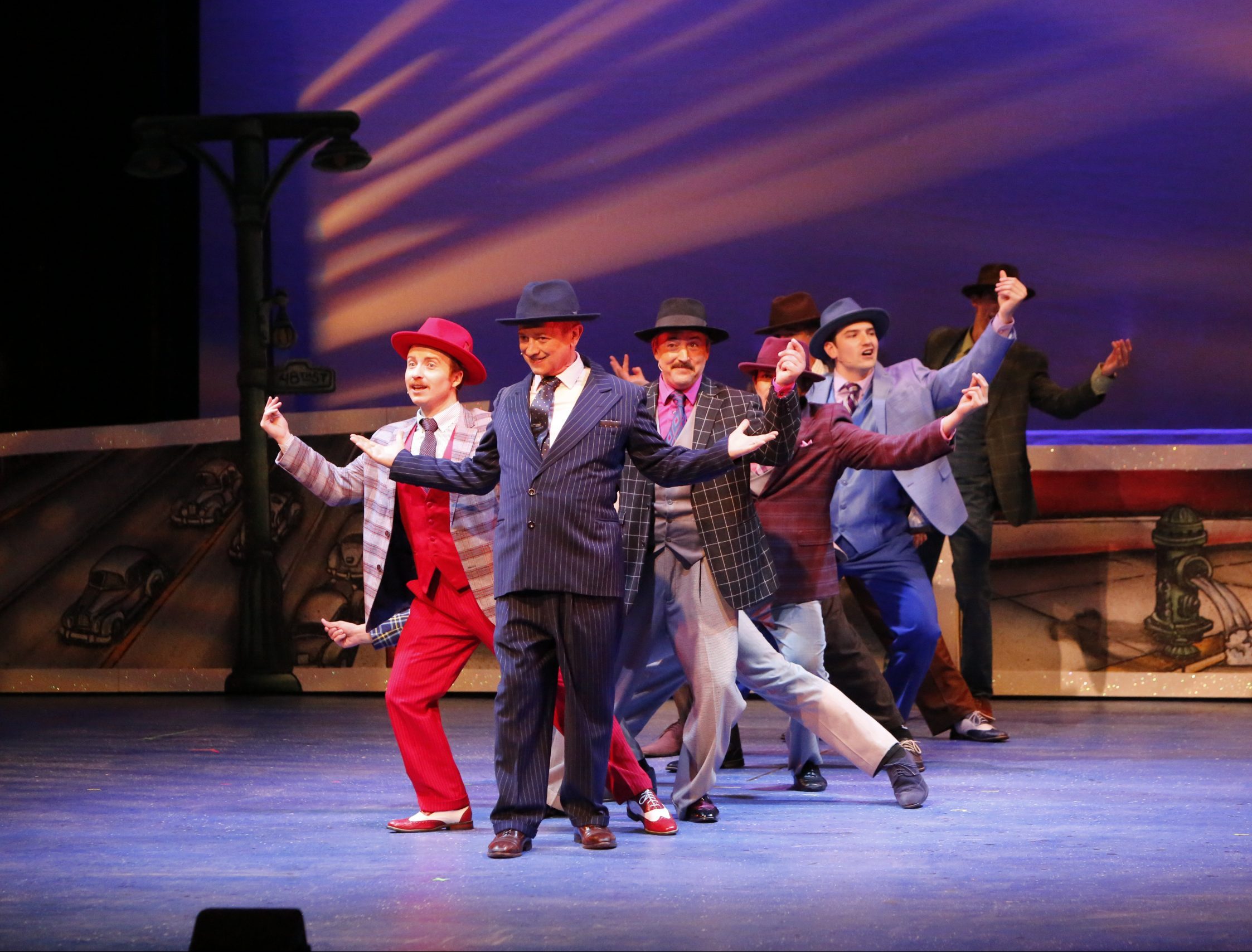 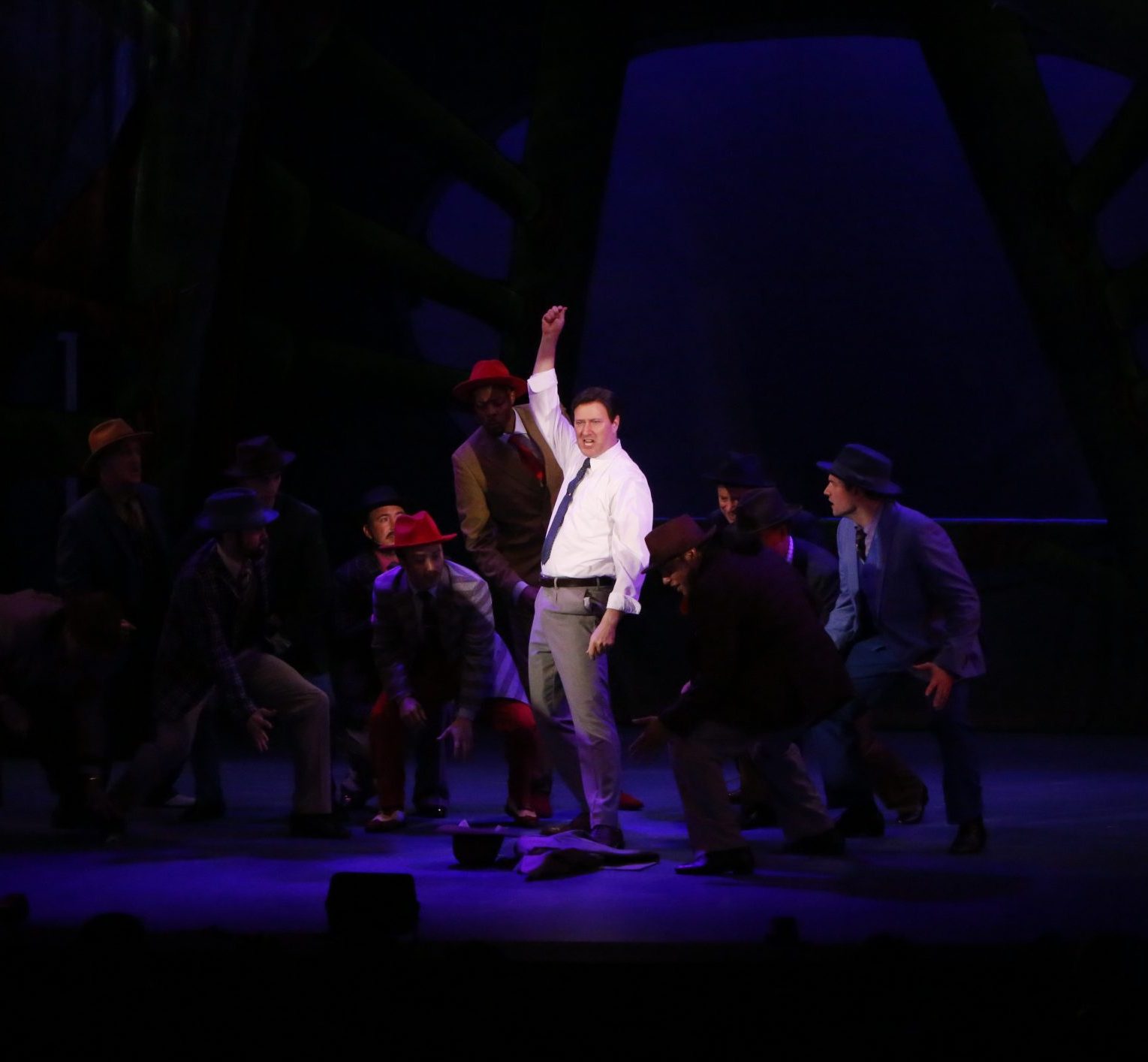 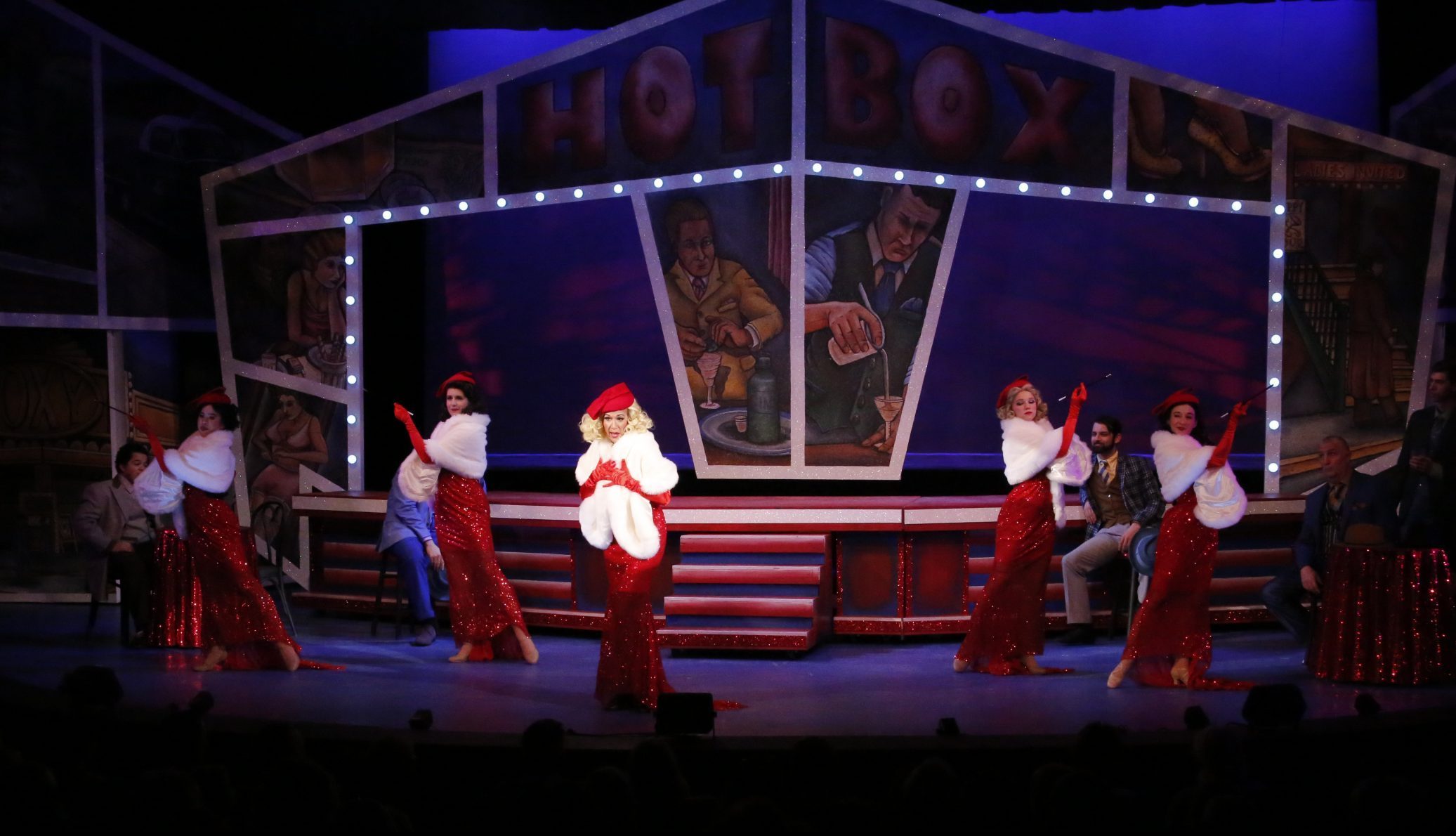