Poland’s production of Symbiosis is what I would describe more as a performance art piece rather than a traditional play. Combining stylized movement, dance, music, singing and some dialogue, a story is woven together about women, what we carry with us, and what we pass on to the next generation. As soon as the theatre went dark, the drums began beating, and I could feel the pulses reverberating in my feet, even sitting in the balcony. The lights cast shadows over the performers’ faces as they gathered center stage, creating a tableau that brought the “Maiden, Mother, Crone” to mind.

I sometimes struggle watching performance art pieces because I worry that I’m either misinterpreting or misunderstanding the meaning behind the piece. Especially as I’m unfamiliar with the two books (“The Piano Teacher” and “Heartsnatcher”) which inspired the piece. But the performers’ abilities to convey the story left little room for doubt. At one point in the beginning, three of the women gathered up the billowing skirts and crossed their legs to create the image of rocking a baby. Later in the show, the ‘mother’ performer mimed sewing a thread between herself and the ‘daughter,’ only for strings to fully emerge from the daughter’s back as the mother tried to puppet her.

The set only consisted of three customizable steps that the performers moved around the stage to create different moments. The minimalism of the stage and set made all of the other elements stand out in comparison. The music was a huge part of the performance. There were musicians on either side of the proscenium, alternating between beating drums, singing lullabies, and joining in a dance.

The show is really a feast for the eyes and ears. The overall atmosphere made me feel enveloped in the story, and wanting to dive deeper into the inspirations for the show. 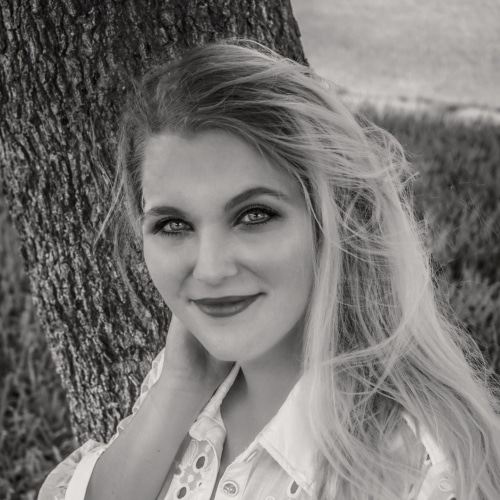 Alison is an actress who appears regularly at Venice Theatre. Her previous VT credits since 2012 include Hamlet, Frankenstein, Metamorphoses, and 39 Steps.