‘The Bikinis’ take a delightful trip down memory lane

VENICE–If performances like the latest show on Venice Theatre’s Pinkerton stage is any marker for the popularity of music  from the 1960s through the 1980s, that music will forever endure the test of time.

“The Bikinis,” a show crafted by Ray Roderick and James Hindman and geared for baby boomers, runs through Oct. 20 as a light-hearted musical beach party.

The party takes place on New Year’s Eve 2000 when four ladies–tow of whom are sisters–reprise their girl-band from their 1964 heyday to perform on the New Jersey beachfront community stage. The goal is to rally the crowd of residents enough to convince them to vote yay/or nay (preferably nay) about letting a developer buyout the residents so h e could develop it into more expensive condominiums.

Jodi (Laurie Colton) explains they are called “The Bikinis” because that’s what they were back in the day when they looked great in their bikinis, but that for tonight’s show they are not appearing in bikinis. That is because they are no longer teens at the beach, she saidm and idea she repeats several times throughout the show, just to make sure the audience (“residents”) understand.

The gals go all out singing 35 oldies by memory, even adding arm movements and “shoop-shoop” tp “It’s In His Kiss” (Betty Everett, No. 1 R&B charts 1964), and using other technical ploys, props and costume changes throughout. (Think white leather boots when singing Nancy Sinatra’s “These Boots Are Made for Walkin'”) They add humor and audience participation activities to make for a fun evening of entertainment.

Kudos go to the other three gals, one of whom was experiencing her first time on stage; Joy Tancey, who played Barbara; Tamara Solum as Karla and Rebecca Cross as Annie.

So, will those four ladies never again be seen in a bikini? You’ll have to see the show to find out. 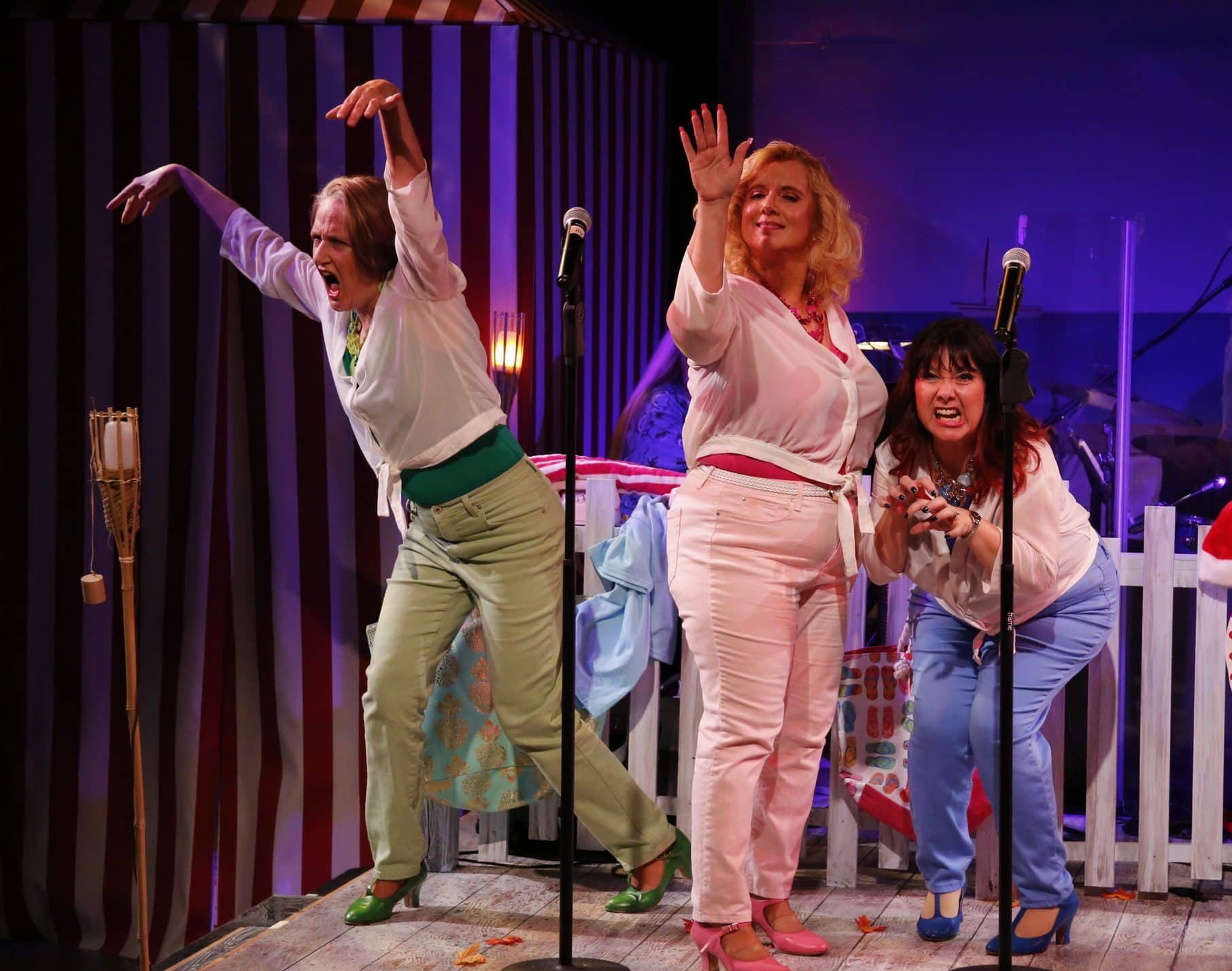 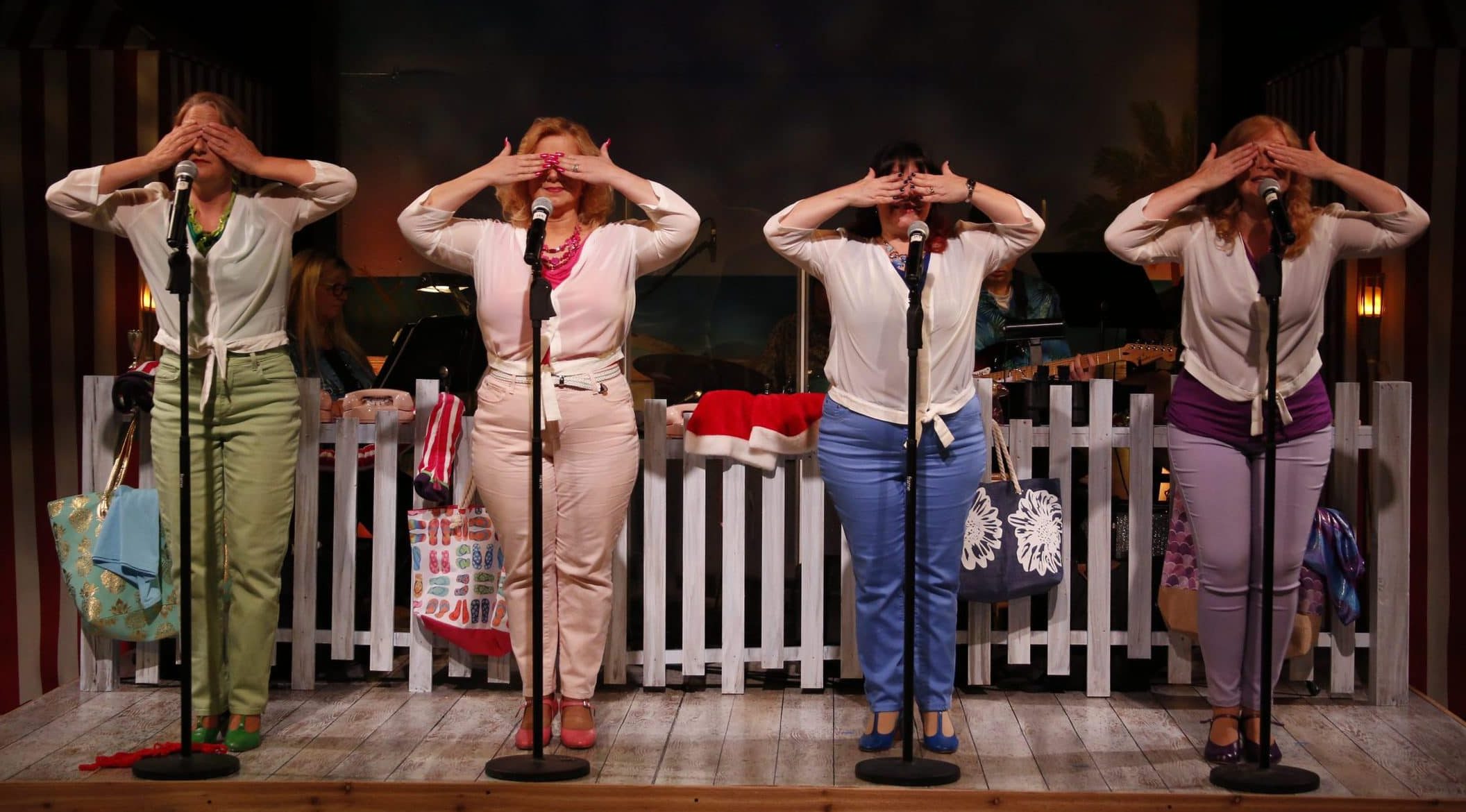