‘The Fantasticks’ closes on a high note

However, in true “Show Must Go On” tradition, the young actors finished the run with two shows Saturday and Sunday to nearly filled houses.

They go so far as to build a wall between their neighboring houses, to keep the children apart. Portraying the wall in this delightful fantasy is The Mute (Ava Dillhyon), who deserves an Oscar for being able to stand perfectly still holding the wall of ivy from a pole for what seems to be a brutal length of time.

Of course, even an ivy-covered wall cannot keep Matt and Luisa apart even though one could wonder about the attraction of the young man for this girl with what seems a princess fetish.

Yet forbidden fruit draws the two together even as fall moves toward winter and the giant tree at center stage loses its green leaves to the golden leaves of fall — a clever bit of theater by scenic designer Brian Freeman.

As the children continue to meet regularly at the wall, the mothers take their manipulations to another level with the assistance of El Gallo and the song, “It Depends on What You Pay.”

Music drives the story even as the tree leaves change and finally go away entirely and with another hit song, “Soon It’s Gonna Rain,” featuring Matt and Luisa.

The story takes another twist with the “Abduction Ballet” and “Happy Ending” — well perhaps but not yet.

By now, we have met The Old Actor, Henry (Giovanni Porreca) and the Man Who Dies, Mortimer (Sophie Buchmeier) and, of course, that wonderful mute who continues to sprinkle magic from her pouch in the form of reds rose petals and white snow, et cetera.

The cast strikes a happy pose as the lights dim.

Act II begins with the happy pose that gives way to a bit of a tantrum by the heroine and perhaps a lovers’ quarrel, more interference by El Gallo and the mothers and songs such as “This Plum is Too Ripe,” “I Can See it,” “Plant a Radish,” and a reprise of “Much More”.

Through it all, the fine voices of the actors, the glean in the eye of El Gallo, all those scattered petals from the bag of the Mute and the hilarious antics of Henry each time he ambles onto the stage with his aged and severely bent and scrawny legs (Wages, the director/choreographer strikes again), plus the mothers planting their spring garden, give us hope that somehow this love story might actually have a happy ending that has nothing to do with magic glasses and floating rose petals or any magic provided by El Gallo.

That this magical production with music enhanced by harpist Tasha Robinson and musical direction by Peter Madpack did not have a longer run is yet another COVID-caused tragedy.

Venice Theatre’s summer stock production of the Fantasticks is more proof of why this show has been so loved since its 1960 opening in New York and its countless productions in all the years since then.

As El Gallo sings at the show’s beginning and again at the ending, “Try to remember the kind of September, when life was slow and oh, so mellow …”
And as the leaves turn to yellow and then disappear, things change until finally spring comes …

This is one of the smallest casts in Venice Theatre’s summer stock history, but one in which every participant can be credited with having done a fine job. In addition to Brian Freeman’s charming set, there was fine lighting by Ethan Vail, sound by John R. Hawk IV and Alex LaBonte and costumes by Ross Boehringer.

Venice Theatre’s summer stock program, which results in a show such as this summer’s production of “The Fantasticks,” is one of the gems of the theater’s education department under the direction of Sandy Davisson.

The department offers classes for children to adults in every aspect of theater, including the Theatre Technical Apprentice Program (TTAP) from which graduates can move right into professional jobs in the theater world. 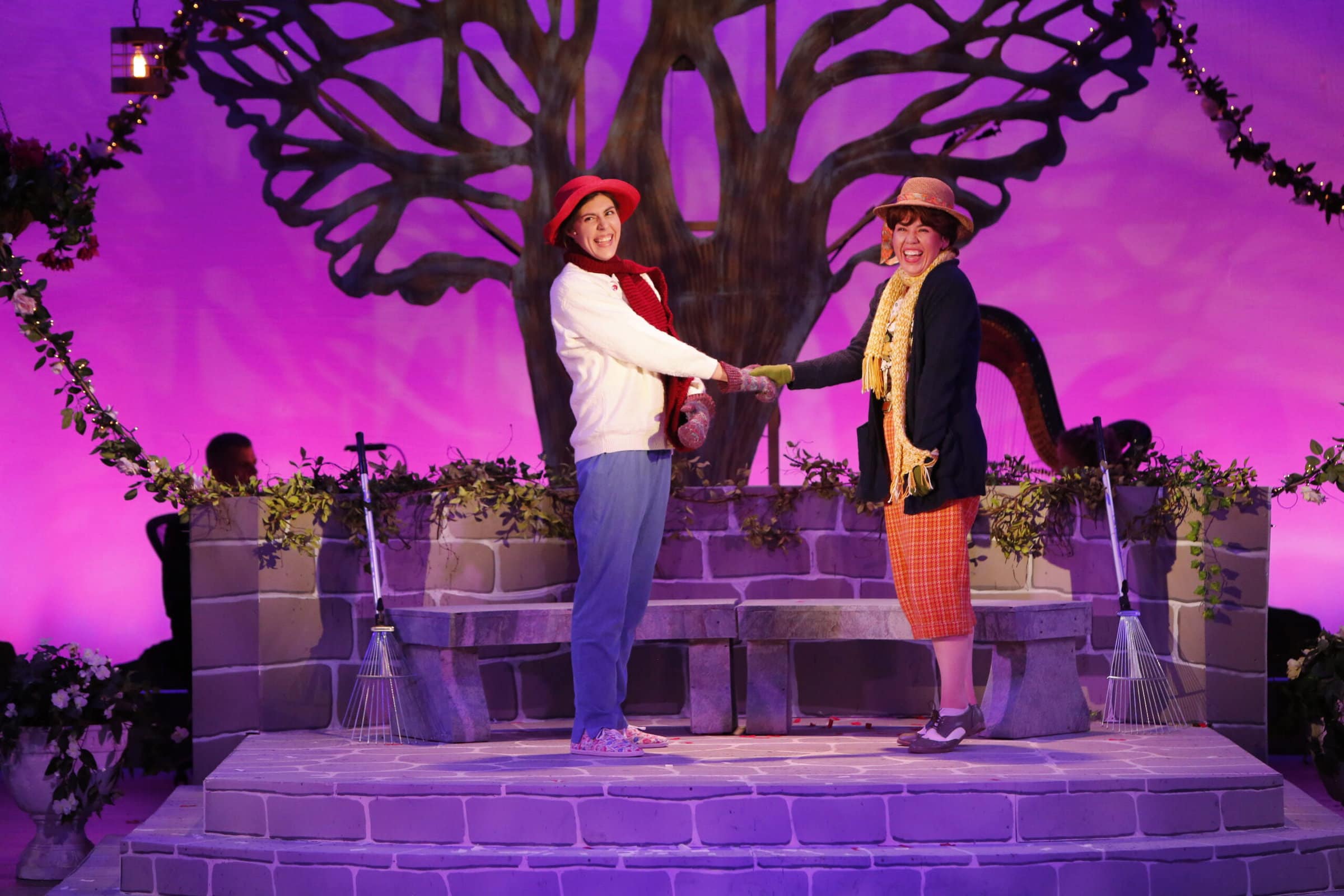 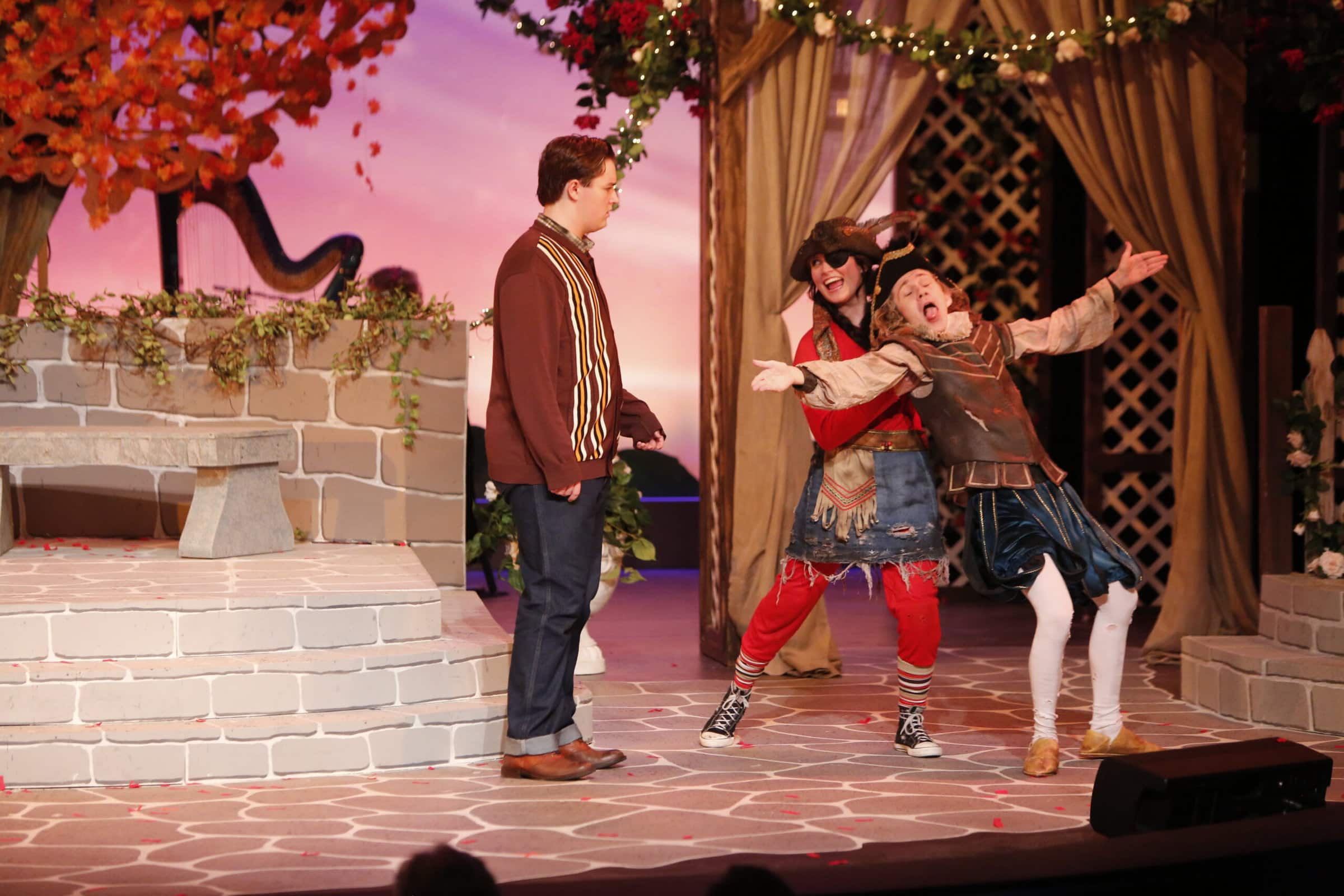 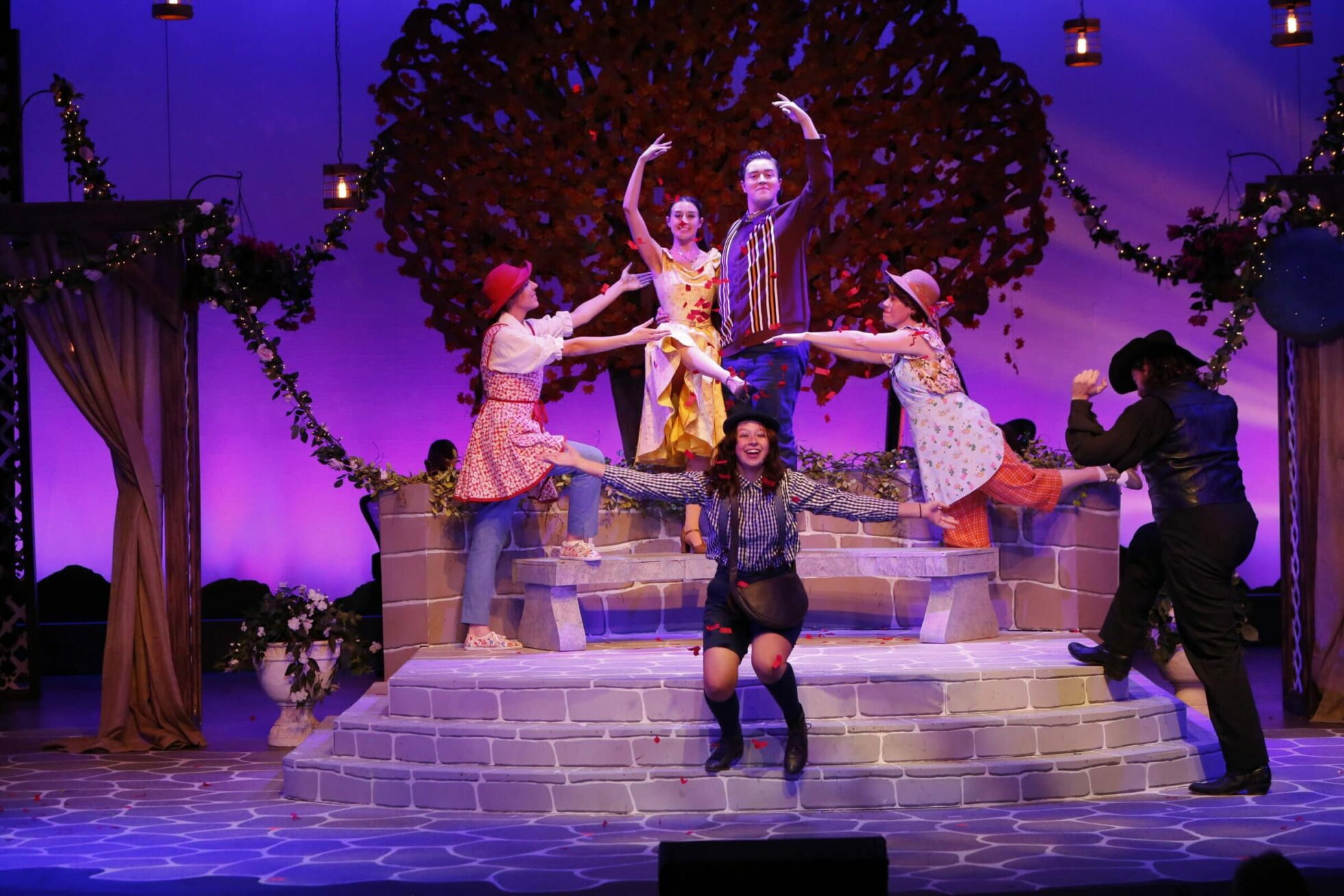 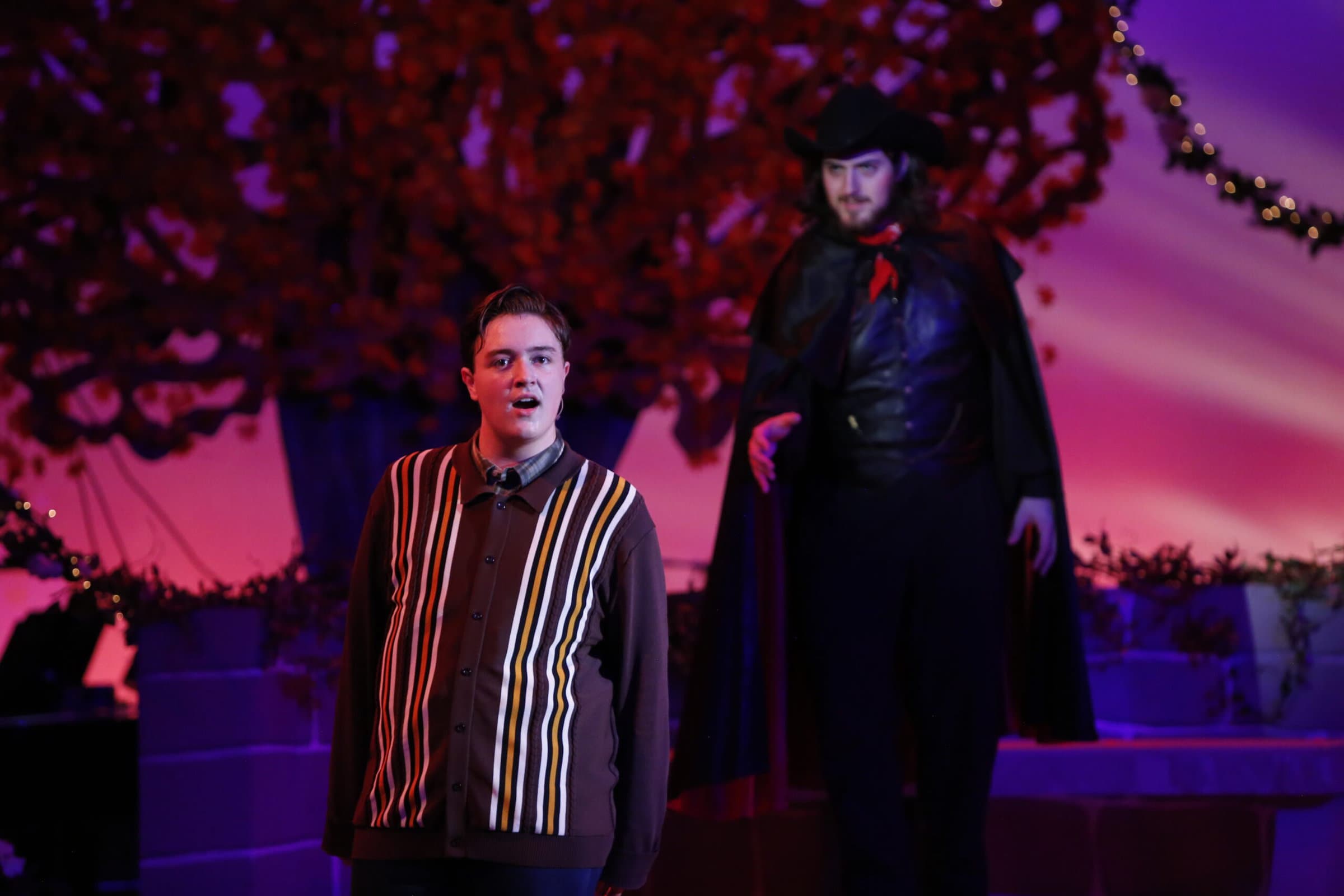