‘To Kill a Mockingbird’ a killer production

Venice Theatre’s presentation of Harper Lee’s “To Kill a Mockingbird” offers more proof that despite a two-year duel with a pandemic, the theater would do more than survive.

Faithful fans and volunteers, plus an incredible professional staff, met the challenges every step of the way, beginning with roped off seating in the early days and two-person casts socially distanced on stage as were audience members.

With masks no longer required and a virtual sell-out for “Mockingbird,” there is a cast of some 40 actors, another stellar set by Tim Wisgerhof, period-perfect costumes by Francine Smetts, sound by Nate Blaweiss and lighting by John Michael Andzulis.

Direction by Benny Sato Ambush, stage management by Alisha Tyler-Lohr and dramaturge by James Monaghan brings to life a chilling story about one of the darkest times in U.S. history.

Even for those who lived through those darkest days when white men donned white sheets to protect their identity while they torched the homes and even the lives of fellow humans just because their skin was a different color, this is a must-see.

Lee was a youngster in those terrible times, the daughter of a lawyer in Alabama, where she would set her story of hatred fueled by nothing more than one’s skin color.

As Judge Taylor, Jack Rabito manages to keep a semblance of order in his Alabama courtroom despite the strong feelings of most of the town’s people and the terror of Mayella — not from the reported rape that led to the arrest of Tom Robertson, a black man, but from the terrors she must have endured from her own father, whose own insecurities led him to do terrible things, even to his own daughter. Steve Black manages to depict the story’s sheriff, Heck Tate, as not so strong as most people would hope a sheriff to be. That, too, is a key to this story.

So much that happens is literally “colored” by prejudicial opinions rather than truth. Yet there are characters like Maude Atkinson (Peg Harvey) and Calpurnia (Kelly Buford) who recognize the truth. Rev. Sykes (Edwin Watson), the black preacher, is another person who can guide his people into doing what’s right.

A sub-story about recluse “Boo” Radley (Rik Robertson) offers another view of man’s inhumanity to man and yet another aspect of prejudice in America That the three children view the trial from the colored balcony in the courthouse is yet another aspect of this story that exposes the sick hatred of a a group of white people driven by their own insecurities — or that of their parents.

Twenty years later, in “South Pacific,” the answer remained equally clear, “You Have to Be Carefully Taught.” 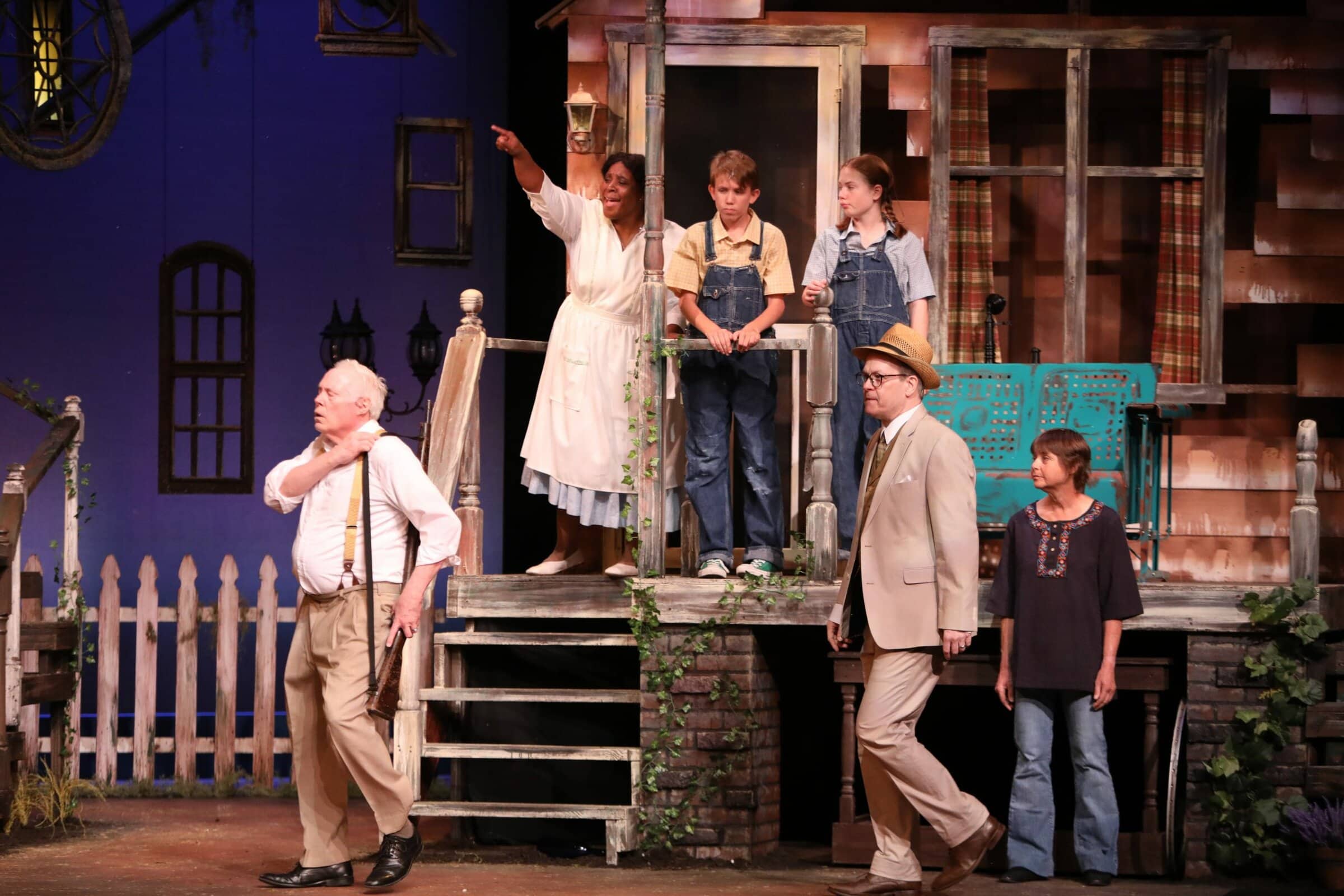 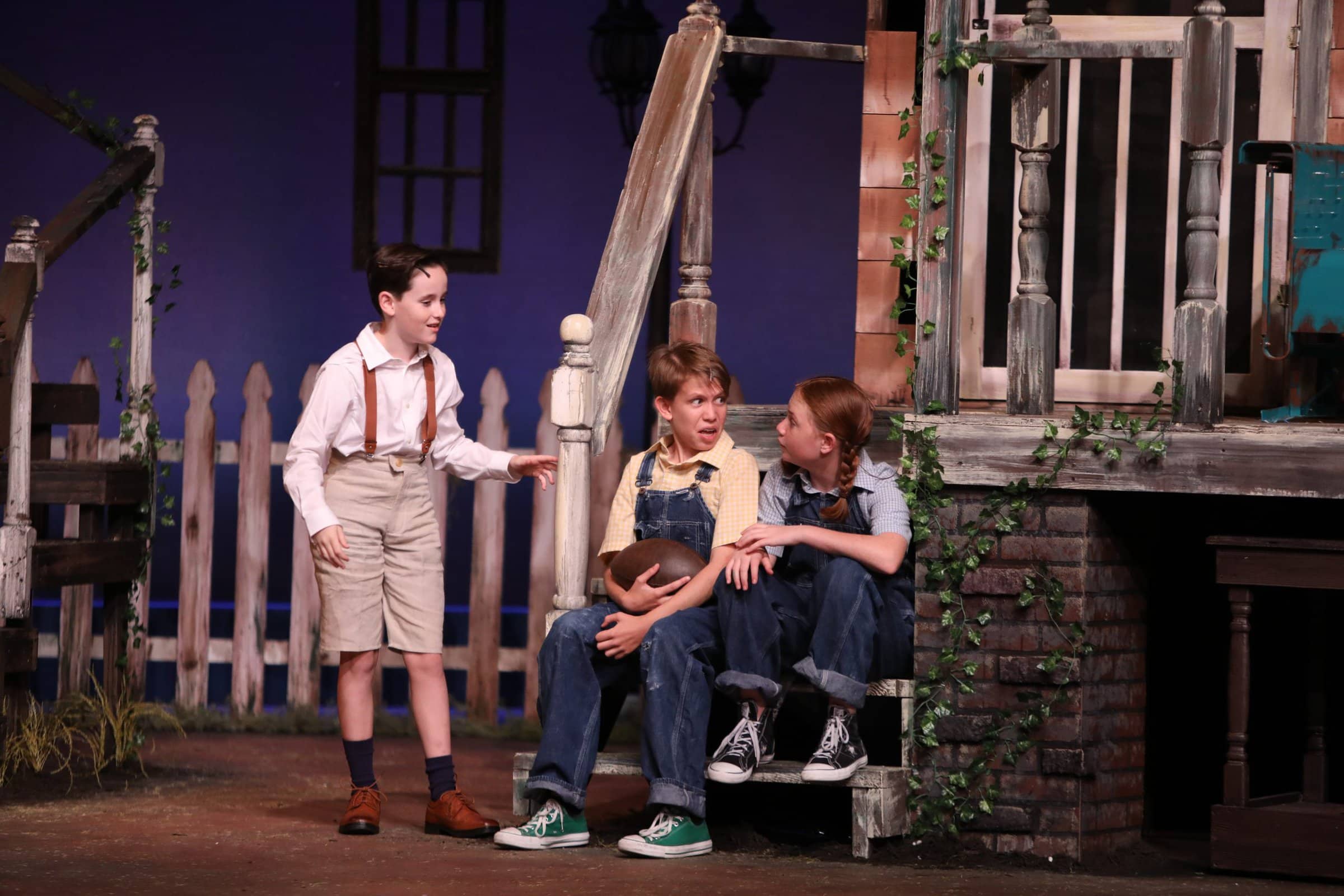 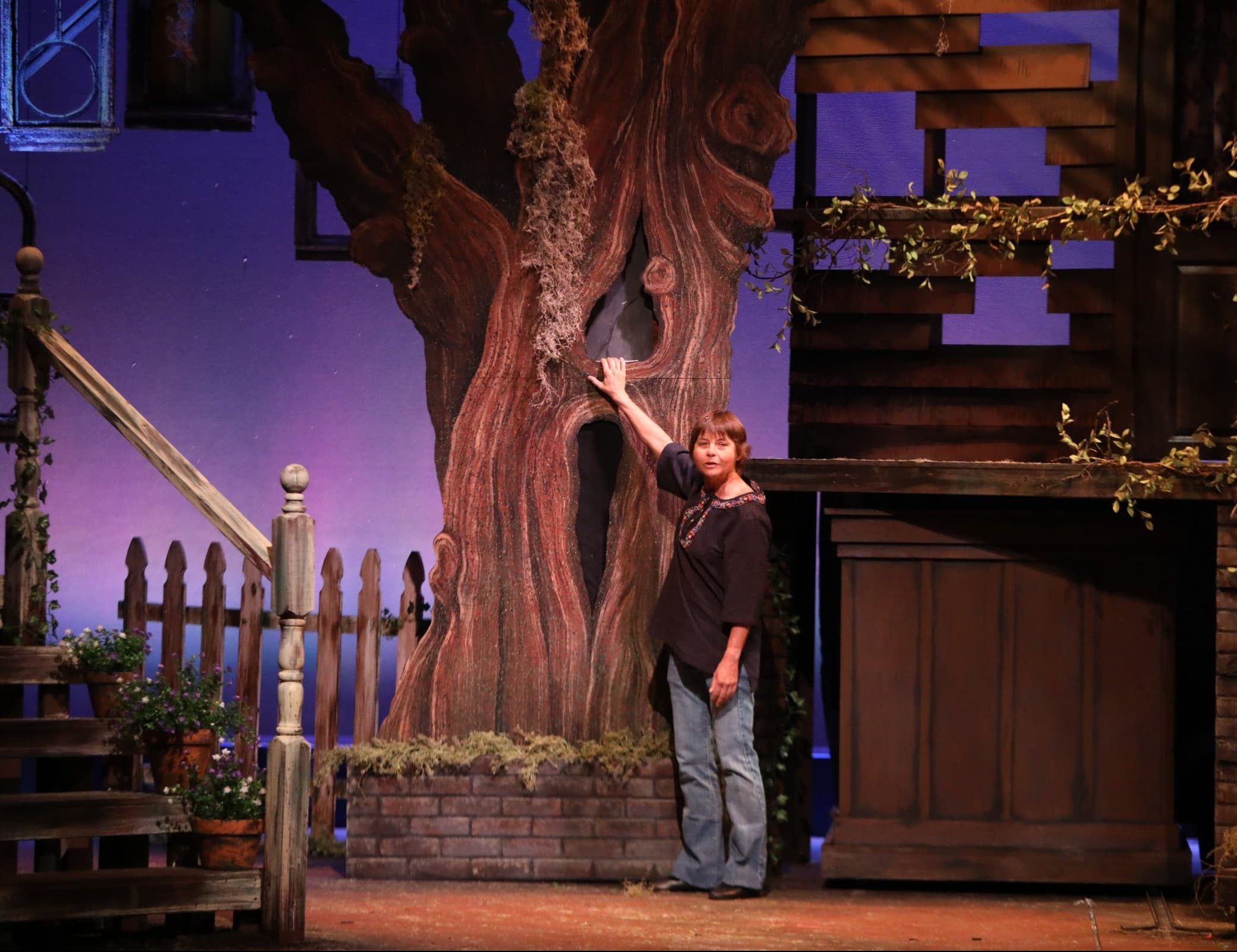 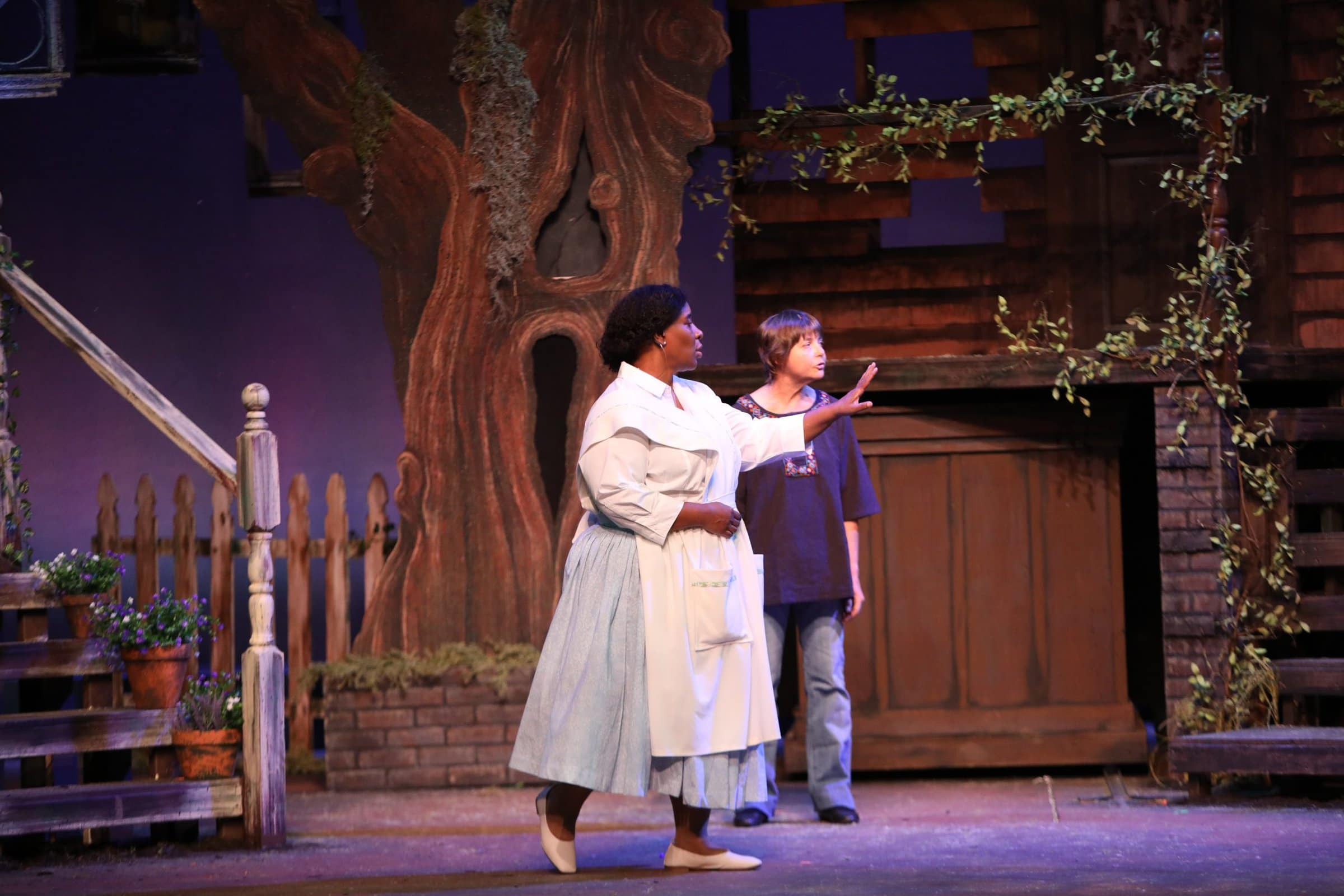 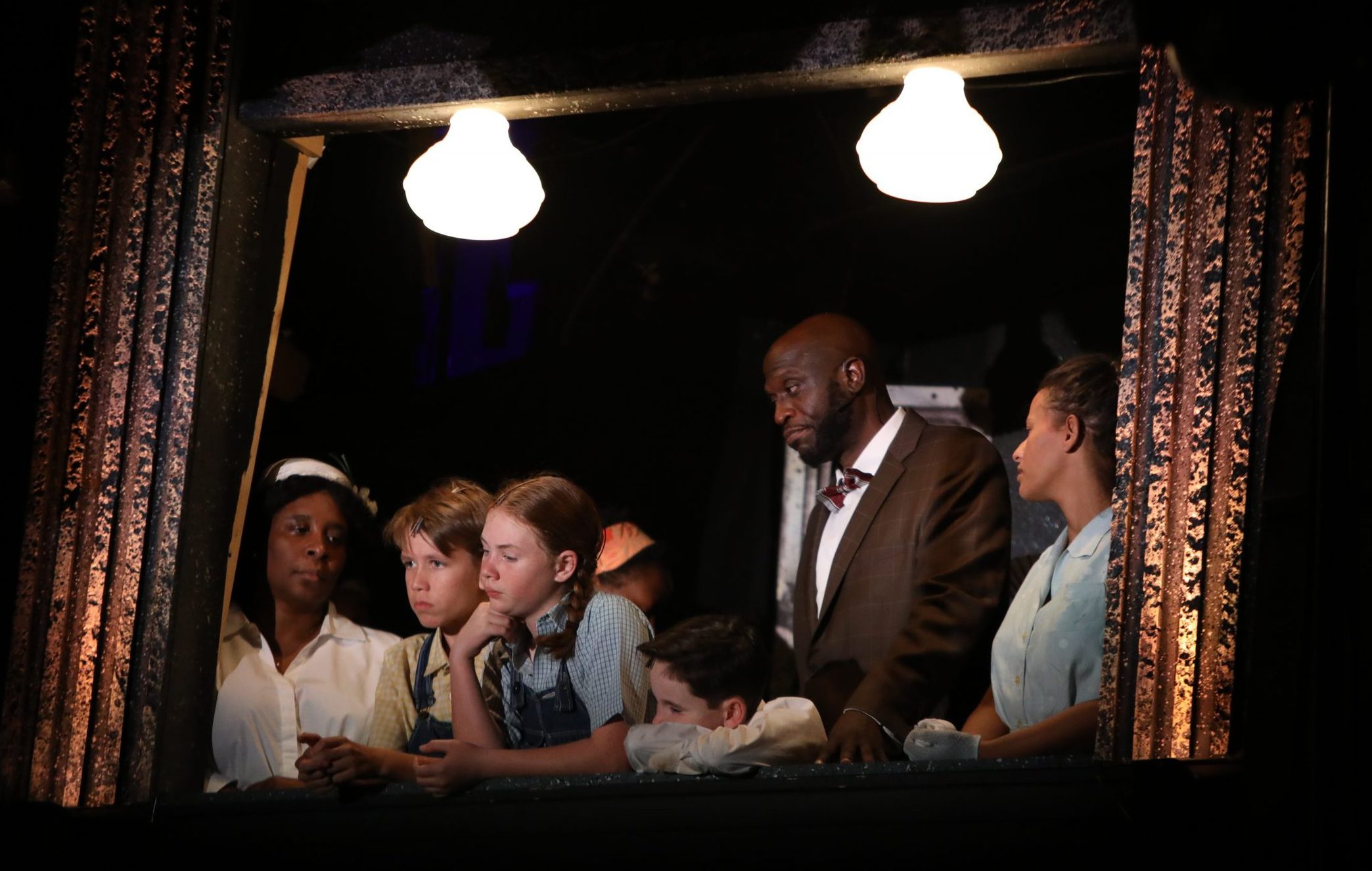 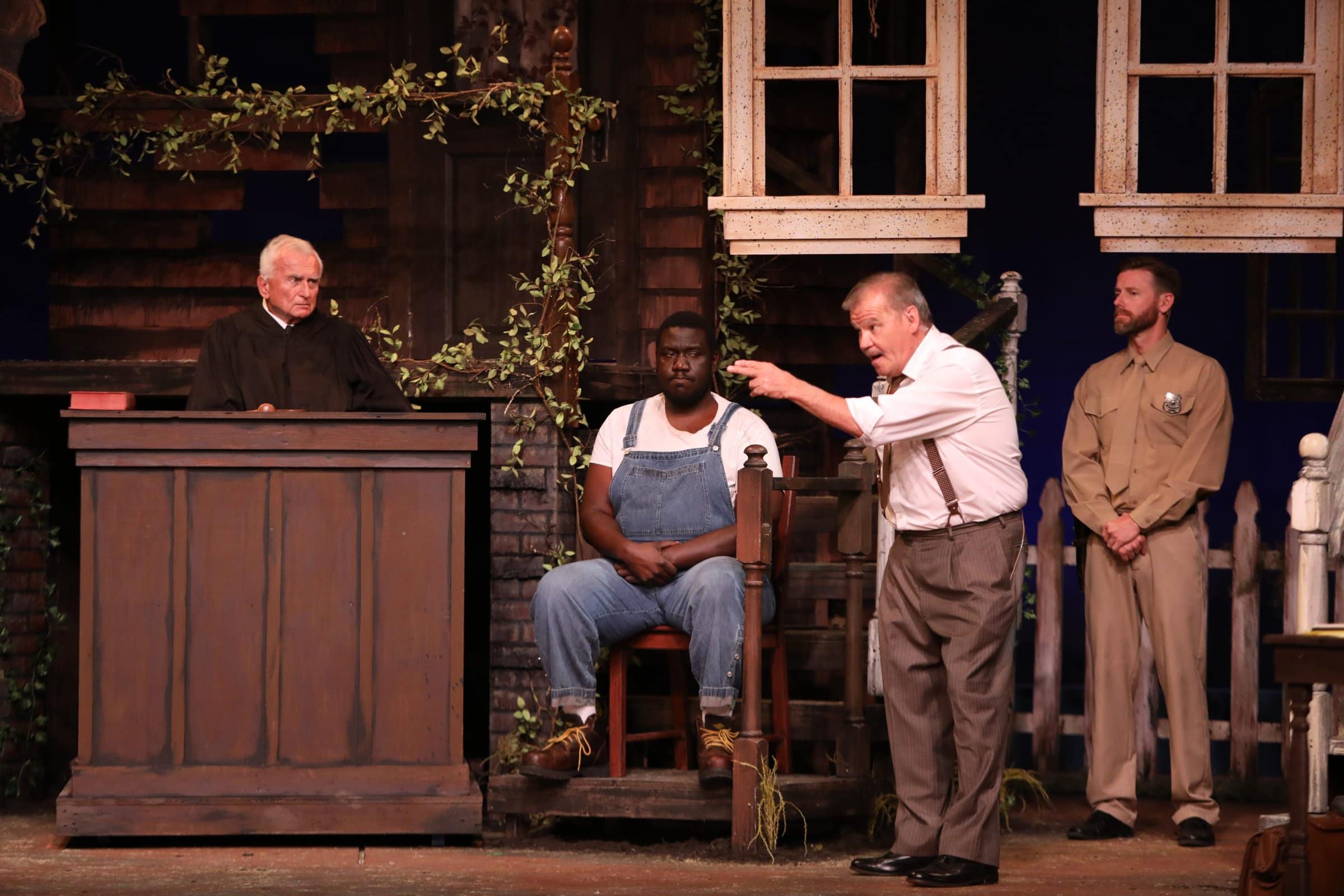